A 'HAUS' With A View

The Delhi HC Restrained The Defendants From Using The Plaintiff’s Mark “Haus” For Their Food Delivery Business...In a recent case before the Delhi High Court, a restaurant was restrained from using the Plaintiff’s mark HAUS – which is a German word for “House” – in relation to its food delivery business.The Plaintiff operates food outlets in the National Capital Region (NCR)... 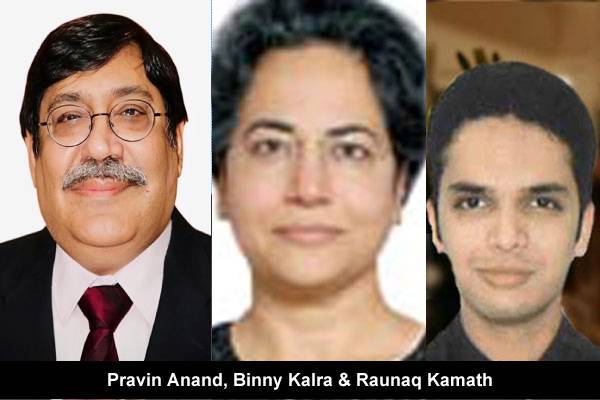 The Delhi HC Restrained The Defendants From Using The Plaintiff’s Mark “Haus” For Their Food Delivery Business...

In a recent case before the Delhi High Court, a restaurant was restrained from using the Plaintiff’s mark HAUS – which is a German word for “House” – in relation to its food delivery business.

The Plaintiff operates food outlets in the National Capital Region (NCR) with home delivery services under the trademarks ASIAN HAUS for pan Asian cuisine and SUSHI HAUS for Japanese cuisine. The Plaintiff adopted the ASIAN HAUS mark in 2012 and has a pending trademark application for this mark. The Plaintiff plans to launch two more restaurants which will be named DILLI HAUS and AMMA HAUS for North Indian and South Indian cuisines, respectively.

In March 2017, the Plaintiff learnt that the Defendant was operating a restaurant called MASALA HOUSE and proposed to introduce a food delivery outlet in the NCR under the mark CURRY HAUS.

The Plaintiff issued legal notice to the Defendant, asking it to refrain from using the HAUS mark. Settlement talks were held; however, no compromise could be reached, and thus, the Plaintiff filed a suit in April 2017. By this time, the Defendant had already launched five CURRY HAUS delivery outlets.

The Defendant argued that HAUS is a German word meaning “house” and this was suggestive of the delivery of home-made food from their CURRY HAUS outlets and also that this was common to the trade. It relied on passages from McCarthy on trademarks on the “Doctrine of Foreign Equivalence” and contended that foreign words are to be held generic when they sound similar to their English translations. Since HAUS and “house” are phonetically identical, HAUS must be held to be a generic word which could not be monopolized by the Plaintiff.

The court was of the view that the definition of the word HAUS in the German dictionary did not connote the supply of food through delivery outlets. It also observed that in the Indian context, HAUS did not breed an adequate degree of familiarity for the public to believe that it connotes a home kitchen preparation. That HAUS is not an ordinary English language word was a factor of considerable importance.

The court also noted that the Plaintiff had admittedly launched its business under the HAUS mark five years prior to the Defendant, at which time such a concept was unconventional in India and would be considered “out of the box.”

Moreover, the court viewed the Defendant’s adoption of the HAUS mark to be dishonest since the Defendant was operating a restaurant called MASALA HOUSE and should have ideally adopted the name CURRY HOUSE for its home delivery outlet. The adoption of the mark CURRY HAUS thus appeared designed to encash the Plaintiff’s goodwill and reputation in its HAUS marks.

The court concluded that there was a strong likelihood that customers ordering from the Defendant’s CURRY HAUS outlet would believe it to be an extension or elaboration of the Plaintiff’s ASIAN HAUS and SUSHI HAUS delivery outlets and granted an interim injunction restraining the Defendant from using the HAUS mark in relation to its delivery outlets. The Defendant remains free to use the CURRY HOUSE mark for its business.

The final outcome of the proceedings is awaited.