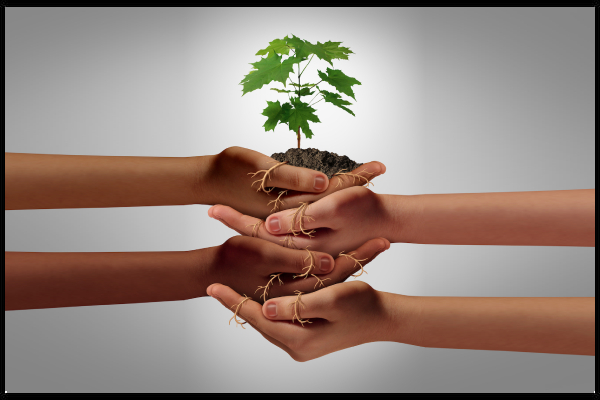 The Delhi High Court in VickramBahl&Anr. v. Siddhartha Bahl& Anr.1, has recently held that a Mutual Will comes into effect after the death of either of the joint testators...

A mutual will is a joint legal declaration executed by two or more persons with respect to the manner in which their joint property must be dealt with after their death. 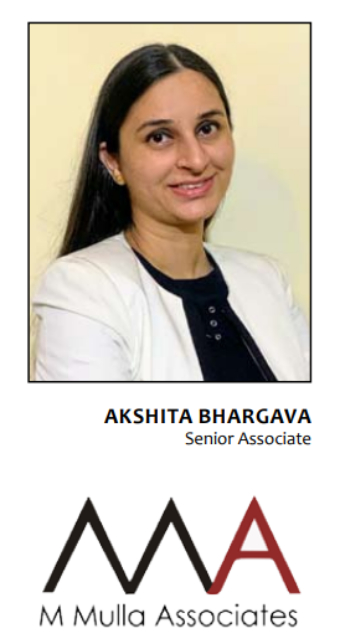 One, late N. N. Bahl and his wife, SundriBahl had executed a mutual will dated 31st March 2006 wherein it was stated that after the demise of one spouse, the entire suit property will "rest" with the other spouse and no other person. As per the said mutual will, after the demise of both the testators, their eldest son, VickramBahl (Plaintiff No.1), grand-daughter, being the daughter of Plaintiff No. 1 (Plaintiff No. 2) and the testators' younger son, Siddhartha Bahl (Defendant No.1) were to be the owners of their respective shares in the property jointly owned by the testators, as mentioned in the will.

Sometime after executing the will, N. N. Bahl predeceased his wife, SundriBahl. Upon his demise, the Plaintiff Nos. 1 and 2 filed a suit inter alia praying for a permanent injunction restraining the Defendant Nos. 1 and 2 from dispossessing the Plaintiffs from their shares in the suit property as mentioned in the will.

The issues for consideration before the Court were: (i) whether the document dated 31st March 2006 which had not been disputed, should be recognized to be a mutual will and if so, the effect thereof; and (ii) the effect of Section 14(1) of the Hindu Succession Act thereof on the bestowal.

On the first issue, the following factors were considered:

(i) The will provided that the suit property was jointly owned by the testators in equal undivided share;

(ii) Upon the demise of either of the testators, his/her undivided share shall "rest" with the surviving spouse and no one else shall claim to have a share in it;

(iii) After the death of both the testators, the property will be shared by Plaintiff Nos. 1 and 2 and Defendant No. 1 as mentioned specifically in the will.

The court observed that the language of the will makes it clear that the house in question is the joint property of the testators, i.e. each of them was the owner of each and every portion of the house and so neither was capable of bequeathing any particular portion but was capable of bequeathing the entire undivided share. The court also relied on judgments stating that the principle of a mutual will coming into effect and being binding on the surviving testator is well enshrined in Indian law.

The court observed that the document dated 31st March 2006 contains the agreement between the husband and the wife in respect of the bequest of the property and when the agreement and the will with respect to the joint property of the owners are stated in the same document, the document will be considered as a mutual will.

The court held that under the mutual will, the testators have bequeathed separate portions of the suit property to the Plaintiff Nos. 1 and 2 and the Defendant No. 1, and upon the demise of her husband, the Defendant No. 2 was entitled to be bound by the same. It was observed that the Defendant No. 2 having accepted the will and after having taken advantage of it, cannot contravene her agreement with her husband. 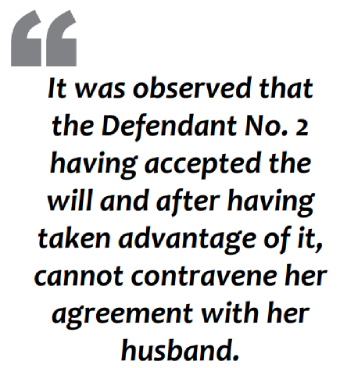 The court observed that the will uses the word "rest" while referring to the ownership of the suit property by the surviving spouse while the use of the words "shall be owned", "will be absolute owners of their respective shares as detailed hereinbelow" and "they shall have the right to own and use their respective portions" are used while bequeathing the property to Plaintiff Nos. 1 and 2 and Defendant No. 1. The difference in the language made it clear that the bequeath from the predeceasing spouse to the surviving spouse was temporary until the final bequeath to the two Plaintiffs and Defendant No. 1, thereby limiting the rights of the surviving spouse.

The court held that the Plaintiffs, being the beneficiaries under the mutual will, had a cause of action to restrain the Defendant No.2 from transferring, selling or alienating the suit property or doing any acts which would deprive the beneficiaries of their rights. The court further observed that the Plaintiffs, during the lifetime of Defendant No. 2, cannot claim any ownership towards the portions of property to be ultimately bequeathed to them; however, they also have a right not to be dispossessed from the same. The Court concluded that the Plaintiffs were entitled to permanent injunction against dispossession by the Defendants from the portions occupied by them.

With respect to the second issue, upon interpretation of Section 14 of the Hindu Succession Act, the court observed that for the Defendant No. 2 to claim that she was the absolute owner of the suit property, it was incumbent upon her to plead that the suit property was bequeathed to her as a result of a pre-existing right. However, as the same was not pleaded and no evidence was given in respect of the same, accordingly, it was held that the Defendant No. 2 cannot claim absolute right to the property under Section 14(1). The court also observed that a pre-existing right is a question of law and a question of fact. In the will there was no mention of dispossessing the Plaintiffs for making the same available for rent for maintenance of the surviving spouse.

The court stated that if Section 14(1) of the Hindu Succession Act were to be applicable, the restricted estate bequeathed by N. N. Bahl in favor of his wife would enlarge into an absolute estate defeating the very purpose of the mutual will. Therefore, the second question framed with respect to applicability of Section 14(1) of the Hindu Succession Act was also decided in favor of the Plaintiffs and against the Defendants.

The Plaintiffs were held to be entitled to the relief of restraining the Defendants from dispossessing the Plaintiffs from the upper floors of the house and were also held entitled to the relief of permanent injunction restraining the Defendants from selling, transferring, alienating or dealing with the suit property in contravention with the terms of the mutual will.