Arbitral Award Will Not Be Granted For Wrongly-Seated Arbitration 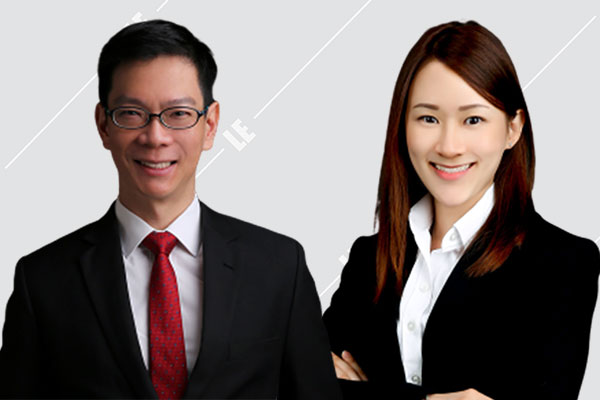 An ambiguous clause can result in parties wasting precious time and resources to obtain an award which is not enforceable due to the arbitration being mistakenly commenced in the wrong seat...

In the recent Court of Appeal ("CA") decision of ST Group Co Ltd v Sanum Investments Limited [2019] SGCA 65 ("ST Group (CA)"), the CA held that leave to enforce an arbitration award will not be granted for a wrongly seated arbitration.

arrangements to invest in the Laotian gaming industry and correspondingly entered into various JV agreements. 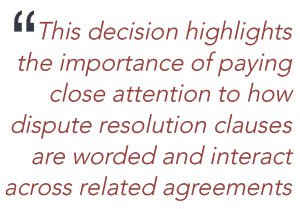 First, Sanum and ST Group entered into a Master Agreement on 30 May 2007 which contained a multi-tiered dispute resolution clause providing for, inter alia, parties to use an "internationally recognized mediation/arbitration company in Macau". The Master Agreement also envisaged that there would be separate sub-agreements corresponding to the details of each joint venture.

Third, Sanum and ST Group entered into a sub-agreement called the Thanaleng Agreements which do not contain any dispute resolution clause.

On or about October 2011, dispute arose between Sanum and ST Group, which eventually led to Sanum initiating arbitral proceedings on 23 September 2015 at the SIAC against ST Group, seeking damages suffered for breaches of the various agreements.

The SIAC noted the objections but was ultimately satisfied that a valid arbitration under the SIAC Rules existed (see [22] of ST Group (CA)) and thus allowed the arbitration to proceed in the SIAC. Eventually, the Tribunal rendered its

in Singapore, which was challenged by Lao parties.

The CA opined that with the Award being issued in

Singapore instead of Macau, the Lao parties were "if not completely deprived of their rights to set aside the Award, certainly in a very difficult position" as they were at risk of accepting Singapore as the seat of arbitration.

Finally, it was held at [103] that it is "not necessary for a party who is resisting enforcement of an award arising out of a wrongly seated arbitration to demonstrate actual prejudice arising from the wrong seat". Instead, it was sufficient that had the arbitration been correctly seated, and had court recourse been necessary, a different supervisory court would have been available to parties.

Significance of the decision

This decision highlights the importance of paying close attention to how dispute resolution clauses are worded and interact across related agreements. Failure to do so could result in vast resources and time being wasted if an award in the party's favor ultimately cannot be enforced due to an error in proceedings.

In addition, it is crucial for the phrasing of the dispute resolution clause to be clear and unambiguous. As seen in ST Group (CA), an ambiguous clause can result in parties wasting precious time and resources to obtain an award which is not enforceable due to the arbitration being mistakenly commenced in the wrong seat.

Tham Wei Chern graduated from the National University of Singapore with various academic honours and was placed on the Dean’s List. He also represented the university in mooting competitions. Wei Chern’s practice covers commercial and corporate disputes, including shareholders' disputes and breaches of directors' duties, and securities-related and banking litigation. Wei Chern also handles construction disputes, insolvency matters, employment disputes and defamation claims. Wei Chern frequently represents clients in the High Court of Singapore and the Court of Appeal. He also acts for clients in international arbitrations. Wei Chern is a Fellow of both the Chartered Institute of Arbitrators and the Singapore Institute of Arbitrators. Wei Chern is also a member of the Admissions Committee of the Law Society.

Shirlene graduated from the Singapore Management University in 2017 and was admitted as an Advocate and Solicitor of the Supreme Court of Singapore in 2018. Shirlene is part of the firm's litigation department. She has handled matters before both the High Court and State Courts of Singapore in the following areas: shareholders' dispute, employment disputes, white-collar crime, performance bonds and other insurance-related claims.