Cyber law as a discipline saw some massive advances in 2019. The first significant element of 2019 was the determinant focus of sovereign governments to come up with strong national cyber security legislations andlegislative frameworks. Consequently, these countries started moving in the direction of trying to regulate cybersecurity. These regulations normally took two distinctive... 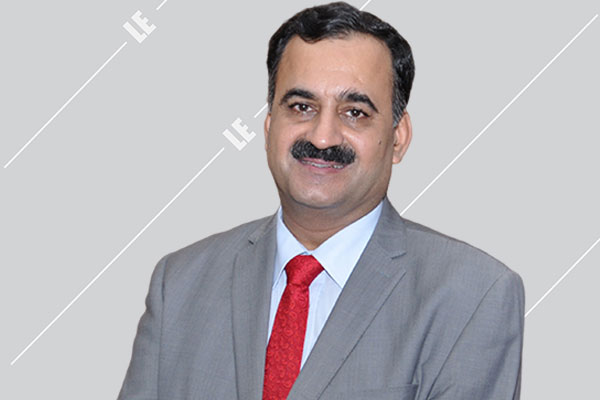 Cyber law as a discipline saw some massive advances in 2019. The first significant element of 2019 was the determinant focus of sovereign governments to come up with strong national cyber security legislations and

legislative frameworks. Consequently, these countries started moving in the direction of trying to regulate cyber

security. These regulations normally took two distinctive manifestations. The first manifestation was in the form

While these legislations sought to stipulate the rights, duties and responsibilities of various stakeholders, the fact also remains that these legislations were also being viewed as a vehicle for strengthening cyber sovereignty. No wonder cyber sovereignty as a concept got increasingly far more attention and focus from various national governments as they came up with distinctive legal provisions in their cyber security laws to protect and preserve national cyber

sovereignty. A number of these said legislations were very broadly drafted and using extremely wide language so

context of cyber security. A number of the said laws were also repeatedly criticized and targeted by activists who

believed that the said legislations became an instrument for potential misuse or for cracking down on civil liberties. Nonetheless, the aforesaid actions clearly underline the increasing significance of cyber security law as an emerging sub-discipline.

The aforesaid approaches became more and more relevant, given the fact that cyber security breaches constantly kept on increasing in the year 2019.

Data breaches have run at a record pace in 2019. Consider these statistics for the first half of the year:

Some countries reiterated their existing stands that their cyber security is a part of their national security and hence came up with holistic visions to deal with regulating cyber security. 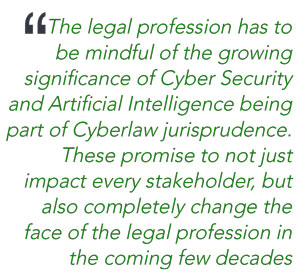 Disclaimer – The author Dr. Pavan Duggal, Advocate, Supreme Court of India, is an internationally renowned expert authority on Cyberlaw and Cybersecurity law. He has been acknowledged as one of the top four Cyber lawyers in the world. He is also the Chairman of International Commission on Cybersecurity Law. You can reach him at pavan@pavanduggal.com. More about Dr. Pavan Duggal is available at www.pavanduggal.com.