While the law promotes dissemination of knowledge through as many modes as possible, it does not justify unjust enrichment by an entity by way of exploiting the original works of a copyright owner without due permission...Copyright law gives the author and/or owner of a copyrightable work the exclusive right over his/her original creations. Choreographic works are explicitly included under... 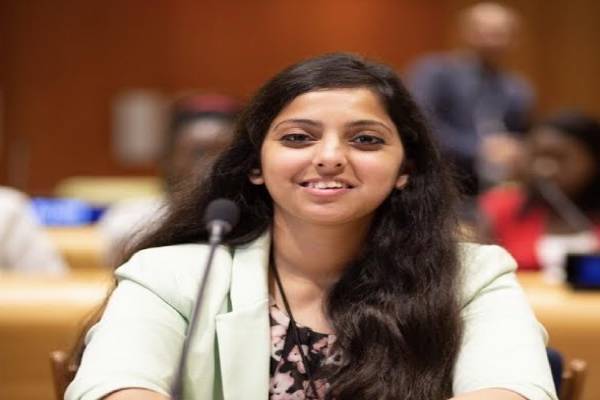 While the law promotes dissemination of knowledge through as many modes as possible, it does not justify unjust enrichment by an entity by way of exploiting the original works of a copyright owner without due permission...

Copyright law gives the author and/or owner of a copyrightable work the exclusive right over his/her original creations. Choreographic works are explicitly included under the definition of "dramatic work" under the Copyright Act, 1957. But a ubiquitous conundrum is -does a choreographic work extend to single dance moves or does it apply only to works that combine a sequence of movements into a larger routine?

Agnes de Mille, an American dancer and choreographer, pertinently stated in a comment submitted to the Copyright Office in 1959 that choreography is neither drama nor storytelling, it is a separate art; it is an arrangement in time-space, using human bodies as a unit design, and it may or may not be dramatic or tell a story. This implies that a broad class of works could fall under the ambit of choreographic work, thereby including an individual dance move as well.

The composition and arrangement of dance movements and patterns is copyrightable as choreographic works, provided they meet two criteria:

However, there cannot exist copyright in certain types of choreography such as:

The issue of copyright subsisting in dance moves was dealt with in the celebrated Indian case Academy of General Education, Manipal and Anr. v. B. Manini Mallya1,where the Hon'ble Supreme Court of India reconsidered the fair use doctrine. Yakshagana Ballet had been developed by one Dr. Karanth. Manini Mallya, in whose favour Dr. Karanth had executed his will, filed a suit for declaration, injunction and damages alleging violation of copyright in respect tothe said dance works on the basis that the Academy had infringed her copyright by performing the form without obtaining prior permission from her.

The question related to copyright in respect of a form of dance ballet, which had been developed by the testator. The Hon'ble Court held that such rights did vest with Ms. Mallya. However, the Hon'ble Court clarified that the Academy could take the statutory benefit of the fair use provisions and observed as follows:

"When a fair dealing is made, inter alia, of a literary or dramatic work for the purpose of private use, including research and criticism or review, whether of that work or of any other work, the right in terms of the provisions of the said Act cannot be claimed. Thus, if some performance or dance is carried out within the purview of the said clause, the order of injunction shall not be applicable. Similarly, the appellant being an educational institution, if the dance is performed within the meaning of provisions of clause (i) of sub-section (1) of Section 52 of the Act strictly, the order of injunction shall not apply thereto also. Yet again, if such performance is conducted before a non-paying audience by the appellant, which is an institution if it comes within the purview of amateur club or society, the same would not constitute any violation of the said order of injunction."

Interestingly, in certain circumstances choreography and even distinct moves have been accorded protection. For instance, moves and choreography in the hundred-year-old West Side Story is iconic to the relevant segment of people who are acquainted with the said work. In one of the seasons of the popular show, "Dancing with the Stars", a professional tried to recreate the choreography but was not allowed to use any of the exact iconic moves as doing so could have posed severe problems for the producers. Resultantly, copyright in the particular dance routine was acknowledged and what resulted was a dance that reflected the style of the musical, but not the same routine.

Presently, there is grave ambiguity about copyright subsisting in an individual dance move and most jurisdictions decide the said question in the negative. The US Copyright Office issued a circular published in 2017 stating that "short dance routines consisting of only a few movements or steps cannot be registered, 'even if a routine is novel or distinctive'." However, the position of the US Copyright Office is dynamic and changes from time to time in as much as in the year 1952, Hanya Holm, an American dancer and choreographer, had submitted a system of dance notation of her choreography for the musical "Kiss Me Kate" for registration as a dramatic work. It was accepted by the Copyright Office, although the dances did not tell a story. This was reported to be the first time dance notation was accepted.

Often, single dance steps become immensely popular and come to be associated only with the performer and/or choreographer and/or cinematograph film. So, can a dance move be protected under the trademark law?

Tebowing or Kaepernicking are two signature dance moves for celebratory touchdown poses which acquired trademark registration for various types of clothes and apparel. So, it is possible to trademark a dance move, but just the name of it and not the move itself. However, with sounds within a song acquiring trademark registration, it would be interesting to see if such protection is accorded to dance moves(s) as well.

Now, while considering if copyright subsists in a dance move(s), it/they needs/need to be contemplated whether such part of the work copied represents a substantial part of the choreography. It needs to be emphasised that a "substantial part" is not constituted only depending on the amount of work copied, but on its substantial significance or importance in relation to the work as a whole. The most fundamental question that needs to be ascertained is whether the dance move(s) is original and involves substantial skill and labour. The answer to this question is subjective and would differ from work to work; however, the same deserves to at least be deliberated upon inasmuch as it might involve an author's copyright being exploited by another person, under the garb of fair use. The essential criteria for copyright to subsist in a work is that the work must be original and in tangible form. For instance, if a single dance move which is repeated multiple times to form a "sequence of steps" becomes so recognizable that even when performed by an animated character, it can be immediately distinguished from all other dance moves and/or choreography, resulting in association of the same with an individual performer/artist/ choreographer/cinematograph film, it must have some degree of originality for it to be protected. In such a scenario, the rights of the choreographer should not be compromised by allowing the user of such work(s) to gain monetary benefit by cashing upon the choreographer's work and popularity. The rationale behind Copyright law across jurisdictions is to balance the interests and equities of the copyright owners and the public at large. Therefore, the law promotes dissemination of knowledge through as many modes as possible so that more people can consume it; however, the law does not justify unjust enrichment by an entity by way of exploiting the original works of a copyright owner without due permission/authorization. Thus, even though it is acknowledged in the prevalent law that there can be no copyright in most individual dance moves, the same is not a line in the sand.