Enhanced Role of Audit Committee in Listed Companies – An Evaluation

As per Ramaiya's Guide to Companies Act (17th edition, 2011; page 1933), the concept of audit committee got its first recognition in the United States of America in 1940, when the Securities Exchange Commission recommended the establishment of an audit committee in the context of the Mckesson and Robbins In Inc., investigation. In the testimony before the senate committee, the chairman of the Securities Exchange Commission voiced a pressing need for raising the level of conduct of the business community and advocated a truly independent character on the board of directors of companies through the institution of audit committee consisting of independent directors.

Hence, the concept of an audit committee is certainly not new –and the same has been around in India for the last two decades for listed entities. However, the role of the audit committee has seen a gradual evolution and enhancement – and is not linked to just the audit, but a broader spectrum of matters relating to the listed entity's financial statements. The Companies Act, 2013 as well as the SEBI (Listing Obligations and Disclosure Requirements) Regulations 2015, set forth the requirements in relation to the constitution of the audit committee, its constitution, terms of reference, powers and other related matters for listed entities. Similarly, over the last two decades, the role of the audit committee has also been substantially enhanced (and its composition and powers reflect its proposed role). 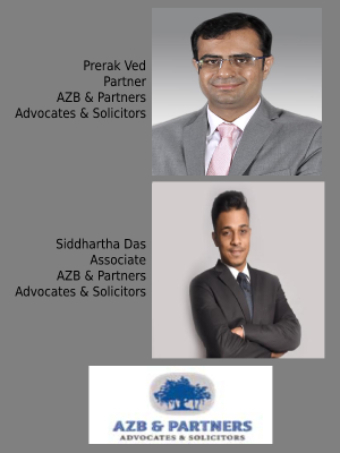 A brief overview of the key role/requirements in this regard is below:

(i) At the outset, the composition of the audit committee (comprising solely of, or a majority of independent directors and the chairperson being an independent director, with all members required to be "financially literate" and at least one member to have "accounting or related financial management expertise") provides a clear overview of the role that the members of the audit committee are expected to perform.

(ii) The audit committee has also been given relevant powers to perform its role. The audit committee, at its discretion, can invite the head of the finance function, head of internal audit and representative of the statutory auditors, and has the power to investigate any activity within its terms of reference, seek information from any employee, obtain outside legal or other professional advice, and secure the attendance of outsiders with relevant expertise, if it considers necessary. The format of the compliance certificate to be provided by the chief executive officer and chief financial officer also requires confirmation on requisite disclosures being made to the audit committee. Additionally, where the board has not accepted any recommendation of the audit committee which is mandatorily required, the same is required to be disclosed along with reasons thereof.

• Appointment, removal and terms of remuneration of chief internal auditor;

(iv) The role of the audit committee includes the following key areas:

• Approval of appointment of the chief financial officer after due assessment;

• Reviewing appointment of statutory auditors and their terms of appointment, including payment for non-audit services, performance and independence of auditors and effective of audit process;

• Reviewing use of funds raised through capital raising;

• Scrutiny of inter-corporate loans and investments;

• Reviewing the functioning of the whistle-blower mechanism. Additionally, the vigil mechanism (whistleblower policy) is required to provide for direct access to the chairperson of the audit committee in appropriate or exceptional cases; and

• Looking into reasons for substantial payment defaults (whether to depositors, debenture holders, creditors or shareholders (in case of non-payment of declared dividends).

• Periodic review of financial statements of subsidiaries, audit/limited review reports if any thereon;

• Approval (and noting) of related party transactions (as already covered above);

• Reviewing utilization of loans and/or advances from/investment by the listed entity in a subsidiary exceeding specified thresholds;

• Focus on other transactions (such as investments by unlisted subsidiaries, and obtaining a confirmation from material subsidiaries in relation to disposal of assets exceeding a specified threshold); and

(vi) The above is not an exhaustive enumeration of the role of the audit committee in listed entities. For instance, for schemes of arrangement involving listed entities, the audit committee is required to submit a report recommending the same (which is required to be submitted to stock exchanges), after considering inter alia the valuation report received. The audit committee also has a crucial role to play in case of the resignation of auditors, in terms of the SEBI circular dated October 18, 2019. Additionally, the Companies (Auditors' Report) Order, 2020 has also substantially enhanced disclosure requirements (on assets, borrowings, investments and other matters) as well as qualitative judgments (covering business operations/financial statements, compliance with laws and judgment on ability to meet debts/financial obligations) from auditors. These will also involve the audit committee's role, both in terms of review of the financial statements and of the audit itself.