Patenting Stem Cell Inventions in India- What to Expect?

The Indian Patent Office has been following an unwritten code in the examination of stem cell-related applications but the approach currently adopted is debatable...Stem cells offer hope as a promising treatment option for various diseases and are the future of medicine. Embryonic stem cells, have been at the heart of many debates globally, in view of the embryonic destruction or... 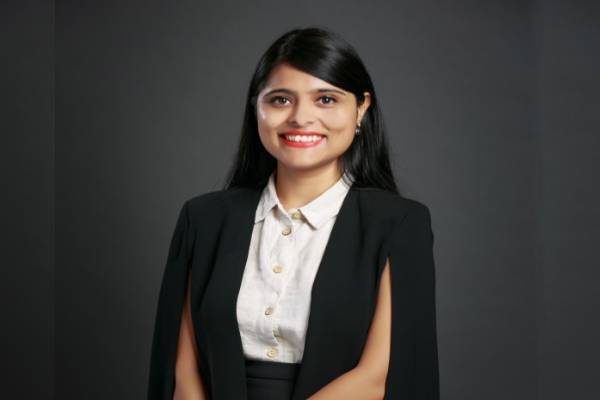 The Indian Patent Office has been following an unwritten code in the examination of stem cell-related applications but the approach currently adopted is debatable...

Stem cells offer hope as a promising treatment option for various diseases and are the future of medicine. Embryonic stem cells, have been at the heart of many debates globally, in view of the embryonic destruction or manipulation that their generation may require. Converging between research and law, patent law and policy grant yet throw their own challenges to obtaining exclusivity.

In India, in addition to satisfying the criteria of novelty and inventive step, inventions need to fall outside the realm of Section 3 of the Patents Act, to be patentable. Presenting an additional bar to patentability, Section 3 enlists inventions which are not patentable. Owing to this section, it is often the case that the claim scope granted in India is quite different from that granted in other jurisdictions.

Over the years, the Indian Patent Office's perspective on the issue of patentability of inventions involving embryonic stem cells, appears to have changed. This change in stance is apparent from the changes in the Manual of Patent Office Practice and Procedure. The 2005 draft of said guidelines treated the use of human or animal embryos for any purpose against public order and morality and prohibited the same from patentability. This restriction however, was removed from the subsequent draft of the guidelines and has not reappeared ever since.

However, the approach of treating stem cell research against public order and morality appears to be in contrast to public policy in India. The National Guidelines for Stem Cell Research (published by ICMR and DBTunder the Ministry of Science and Technology) prescribe conditions subject to which research on stem cellsshould be conducted. The conditions include verification that the blastocysts used are spare embryos. The guidelines also permit establishment of new human embryonic stem cell lines from spare embryos subject to the approval of certain committees. Clearly, these government guidelines permit safe and responsible stem cell research, including research on embryonic stem cells.

Moreover, it is a well-known fact that not every invention involving embryonic stem cells would necessitate destruction of human embryos and a lot of research is based on embryonic stem cell lines. Therefore, the indiscriminate imposition of objections under Section 3(b) requires change.

Parts of Plants or Animals and Products of Nature

While claims relating to methods of isolation and propagation of stem cells are frequently granted, the Indian Patent Office appears to have never granted even a single application with claims directed to stem cells per se.

This brings us to another common objection frequently encountered in stem cell applications, namely, Section 3(j) which prohibits from patentability "plants and animals in whole or any part thereof other than micro-organisms but including seeds, varieties and species and essentially biological processes for production or propagation of plants and animals". Another commonly encountered objection is of Section 3(c) which bars the patentability of any living thing or non-living substance occurring in nature.

There is no judicial precedent that could throw light on what exactly constitutes parts of plants and animals under Section 3(j). The Patent Office considers any cell or tissue derived from plants or animals as parts of plants or animals leading to refusal of 'cell' claims under this ground. Claims related to compositions comprising stem cells are also frequently refused as the compositions are treated as indirectly claiming stem cells. There have been some exceptions though, such as patent number 333231, where a composition comprising stem cells was granted.

A moot issue here is whether cells are actually 'parts of animals/plants' or whether they can be treated as microorganisms. While the Patents Act permits the patentability of microorganisms (that do not occur in nature), the term 'microorganism' has not been defined in either the Act or the manuals that the Patent Office has issued so far. In fact, even the TRIPS agreement which mandates member states to grant patents in relation to microorganisms does not define the term. The European Patent Office recognizes "… all generally unicellular organisms with dimensions beneath the limits of vision which can be propagated and manipulated in a laboratory." (T 0356/93) as micro-organisms.

Since the Patents Act does not limit the scope of the term 'microorganism' and if one were to accept the literary or dictionary meaning of the term 'microorganism', it would appear that the Patents Act does not prohibit from the scope of patentability cells, which are not visible to the naked eye or which are so small that they require a microscope for viewing.

Moreover, stem cells like induced pluripotent stem cell and human parthenogenetic stem cells, which are somatic cells or oocytes that have been induced to develop the characteristics of unrestrained propagation and ability to develop into any cell type, are markedly distinct from the parent cell from which they are derived and are new cell types altogether. Such cells are indeed creations of man and cannot qualify as an animal part. They are also not living substances that occur in nature and being purely man made fall outside the prohibitory restraint of Section 3(c).

In the absence of judicial precedents and well defined guidelines, the law in India in relation to the patentability of stem cell research is at a nascent stage. The Indian Patent Office has been following an unwritten code in the examination of these applications but the approach currently adopted is debatable. It is important to offer robust patent protection to encourage innovation in all fields. While there has been some change in the Patent Office's approach to patentability of stem cells and claims related to methods of producing, culturing and isolation of stem cells, culture media for stem cells, etc., are commonly granted, there is still a lot that can be patented but is currently not. Hopefully, India will see some judicial precedents in the future that will clarify the patentability issues that this field is struggling with.