Piercing of the Corporate Veil - A Look at Fraudulent Trading 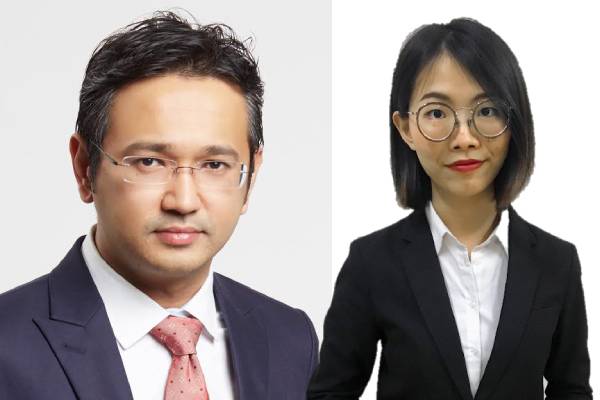 Section 540 aims to prevent directors from taking advantage of the corporate veil to defraud creditors, thus serving as an effective recourse for creditors who have been defrauded by directors of a debtor company to satisfy their debts against the directors' personal assets...

However, if a director knew that his or her company has no means to pay, and yet caused the company to incur debts, a creditor may have recourse against that director for fraudulent trading.

The statutory piercing of the corporate veil by fraudulent trading is codified in Section 540 of the Companies Act 2016 ("Section 540"). It reads as follows:

"(1) If in the course of the winding up of a company or in any proceedings against a company it appears that any business of the company has been carried on with intent to defraud the creditors of the company or creditors of any other person or for any fraudulent purpose, the Court on the application of the liquidator or any creditor or contributory of the company, may, if the Court thinks proper so to do, declare that any person who was knowingly a party to the carrying on of the business in that manner shall be personally responsible, without any limitation of liability, for all or any of the debts or other liabilities of the company as the Court directs." (Emphasis added)

This was aptly described by the apex court of Malaysia in Dato' Prem Krishna Sahgal v Muniandy Nadasan & Ors1 as follows:

"A person will not be able to hide behind the corporate veil and avoid liability for the company's debts if he has used the company to perpetrate fraud and the company went into liquidation. The section provides for liability against directors personally on the basis that they carried on business of the company with the intention of defrauding creditors." (Emphasis added)

Who can invoke Section 540?

Fraudulent trading may be invoked by three categories of persons:

In particular, the apex court has ruled that creditors be given a wide definition to include judgment creditors, contingent or prospective creditors and even unpaid employees.2

When is Section 540 triggered?

Section 540 may be invoked in two separate instances:

(a) "in the course of the winding up of a company"; or

(b) "in any proceedings against the company".

Two possible scenarios illustrate the above:

(a) First instance — In the course of winding up, evidence shows that directors of Company A carried out fraudulent trading. Liquidators, creditors or contributories of Company A can then sue the directors and seek an order for them to be made personally responsible for the company's debt or other liabilities.

(b) Second instance — Creditor sues Company A for outstanding payment. In the course of court proceedings, the creditor of Company A has reasons to believe that the directors carried out fraudulent trading. The creditor can sue3 the directors of Company A and seek an order for them to be made personally responsible for that debt.

The two key components of fraudulent trading are:

(a) The person (or the director, as the case may be) was knowingly a party to the carrying on of the business in the fraudulent manner so described; and

(b) There was an intent to defraud in the manner by which the business of the company is carried out.4

The first element is relatively easier to prove as a myriad of activities and transactions fall under the definition of "any business of the company that has been carried on". A creditor need not prove ordinary course of business, or even the nature of the company's trade.5

The second element proves to be more challenging as it involves "intent to defraud". Determination of whether there was "intent to defraud" is an exercise of finding of facts.6 A finding of fraudulent trading must be accompanied by dishonesty. It may be in the form of incurring company debts when either there is a substantial and unreasonable risk, or the director knows that such debts will not be repaid.

The Malaysian courts have found that "intent to defraud" was sufficiently proved in these circumstances:

(a) Aggressive and drastic disposal of all company assets after creditors entered judgment against the company, where the proceeds after such disposal were also unaccounted for.7

(b) Placing of unusually large orders when the directors knew that the company had no means of repayment.8

(c) Continuance of business, incurring of debts and issuance of memoranda promising remuneration when the directors knew that the employees were unlikely to be paid.9

(d) Purposeful transfer of business to render the company dormant.10

Section 540 aims to prevent directors from taking advantage of the corporate veil to defraud creditors. It thus serves as an effective recourse for creditors who have been defrauded by directors of a debtor company to satisfy their debts against the directors' personal assets. In this circumstance, the corporate veil will be readily pierced to enforce stern actions against directors found to be liable for fraudulent trading.

As a litigator with a broad corporate, securities and commercial litigation practice, Shan has notable experience in advising and acting as counsel in cases involving breach of directors’ duties, securities litigation involving stock market manipulation and insider trading, shareholders’ disputes, contractual disputes and negligence lawsuits. He also has experience in commercial arbitration. Shan has been ranked as “Recognised Practitioner” in Dispute Resolution by Chambers Asia-Pacific and has also been noted over the years, by Legal 500 Asia Pacific and Asialaw. Shan co-authored Chapter 16: “Proceedings against Directors” of the Law and Practice of Corporate Insolvency in Malaysia (Sweet & Maxwell 2019), the Malaysian Chapter in the “Compendium of Worldwide Enforcement of Foreign Judgment” published by Multilaw Litigation and Dispute Resolution Practice Group, the Malaysian Chapter in the Private Wealth & Private Client Review (5th, 6th and 7th edn, The Law Reviews 2018) and contributed to the Malaysian Civil Procedure (Sweet & Maxwell, 2013, 2015 & 2018).