Quippo Judgement: Clarification By The Supreme Court On Waiver Of Right To Object And Significance Of Place Of Arbitration In Domestic Arbitration

This ruling will not only give rise to parties challenging the jurisdiction in arbitration proceedings at the threshold in a stipulated timeframe but will also help restore the faith of the parties in timely enforcement of an arbitral award...-->On 29 April 2020, the Hon'ble Supreme Court of India (the "Supreme Court") delivered its judgement in Quippo Construction Equipment Ltd. vs.... 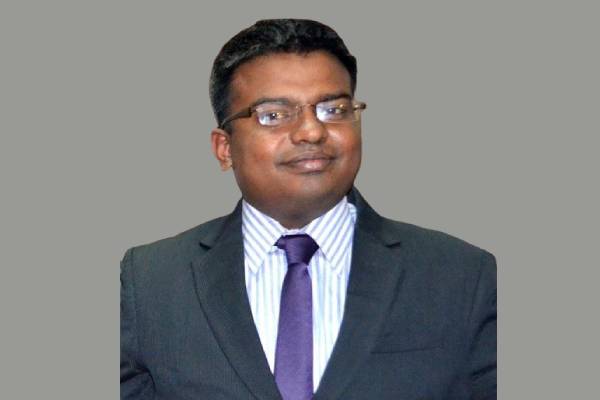 On 29 April 2020, the Hon'ble Supreme Court of India (the "Supreme Court") delivered its judgement in Quippo Construction Equipment Ltd. vs. Janardan Nirman Pvt. Ltd. (Civil Appeal No. 2378 of 2020; hereinafter "Quippo"). In Quippo, the Supreme Court held that non-objection by a party in respect of facts or issues during arbitral proceedings, where the party could legitimately have disputed such facts or issues before the arbitral tribunal, will constitute a deemed waiver by such party in respect of all such facts or issues. Notably, the Supreme Court also held that the "place of arbitration" in domestic arbitration does not have special significance, as compared to the "place of arbitration" in an international commercial arbitration, since in domestic arbitration, the substantive and curial law are the same.

In 2015, the Sole Arbitrator passed a common ex-parte award (the "arbitral award") accepting the claims of Quippo Construction against Janardan. Janardan then filed a petition under Section 34 of the Act against the arbitral award before the Alipore Court, claiming non-existence of the agreements and disputed the venue of the arbitration based on the fact that at least under one of the agreements the venue of the arbitration was in Kolkata (and not in New Delhi, where the arbitration proceeding was conducted). In 2016, the Appellate Court dismissed the appeal filed by Janardan. Janardan, thereafter, filed a revision petition against the order of Appellate Court before the Calcutta High Court, which was dismissed.

Not satisfied with the order of the Calcutta High Court, Janardan filed an SLP before the Supreme Court in 2017, which was also dismissed. The Supreme Court, however, observed that Janardan could raise the plea of genuineness of the agreements in a petition filed under Section 34 of the Act before a competent court.

After the order of the Supreme Court, Janardan re-asserted its rights in the Section 34 petition filed before the Alipore Court, which was dismissed. The Alipore Court held that it did not have the jurisdiction to entertain the dispute. Following the judgement of the Supreme Court in Indus Mobile Distribution Pvt. Ltd. v. Datawind Innovations Pvt. Ltd.(2017) 7 SCC 678, the Alipore Court held that the petition under Section 34 of the Act could be entertained by the courts of competent jurisdiction where the arbitral award was passed (that is, in New Delhi), but not in Kolkata.

Janardan filed an appeal under Section 37 of the Act before the Calcutta High Court, which was allowed in 2019. The High Court noted that since the parties, as evident from the cause title of the appeal under Section 37 of the Act, were amenable to the jurisdiction of the Alipore Court in the proceedings, it directed the Alipore Court to adjudicate the dispute. Quippo Construction thereafter filed an SLP before the Supreme Court.

Issues before the Supreme Court

Quippo Construction submitted before the Supreme Court that the Trial Court, Kolkata allowed the Sections 5 and 8 applications of Quippo Construction and referred the dispute to Arbitration. This decision attained finality after the dismissal of the SLP by the Supreme Court.  It was further submitted that since Janardan did not participate in the arbitral proceedings, did not raise the objection on the issue of jurisdiction or of venue before the Sole Arbitrator, Janardan had waived its right to object on the issues of jurisdiction and venue of arbitration.

Janardan submitted that since Kolkata was the venue for the arbitration in one of the agreements, every arbitration agreement should be considered independently. It relied on the judgement of the Supreme Court in DuroFelguera S.A. v. Gangavaram Port Ltd.(2017) 9 SCC 729 where there were six arbitral agreements, and each was subject to a separate and independent arbitral proceeding.

Findings of the Supreme Court

By holding that parties waive their right(s) if they do not object during the arbitral proceedings to the venue of the proceeding, the Supreme Court's Quippo judgement highlights the objective of the Act that arbitral proceedings must be time bound to effectively serve the original expectations of the parties when they selected arbitration as a dispute resolution mechanism in their contract, and justice should not be delayed by parties prolonging the dispute resolution process through dilatory litigation strategies. This ruling will restore faith of parties in the arbitral process, the essence of which is speed, confidentiality, procedural flexibility, integrity and the timely enforcement of an arbitral award. Importantly, for all the right reasons, the Supreme Court in Quippo also explains why venue in a domestic commercial arbitration under the Act does not have the same significance as it does for international commercial arbitrations thereby seriously limiting the ability of opportunistic parties to engage in forum shopping.