A clear, bright-line rule that retains the 26 per cent threshold but targets the acquirer rather than the company will remove the unintended consequences that have crept into the COSR...Non-banking financial companies (NBFCs), as the name suggests, are companies that aren't licensed to offer the full range of banking services. Instead, they provide a smaller bundle of financial services... 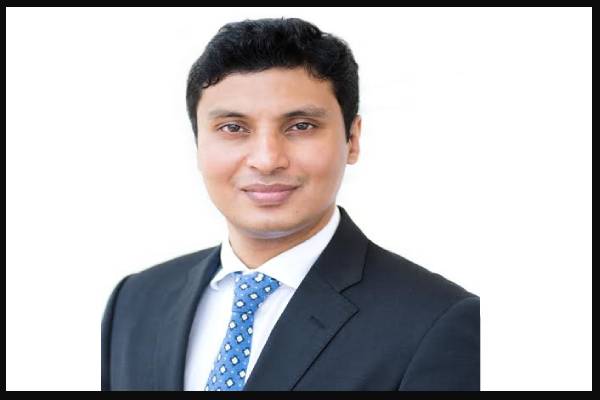 A clear, bright-line rule that retains the 26 per cent threshold but targets the acquirer rather than the company will remove the unintended consequences that have crept into the COSR...

Non-banking financial companies (NBFCs), as the name suggests, are companies that aren't licensed to offer the full range of banking services. Instead, they provide a smaller bundle of financial services targeted towards particular groups. In order to provide credit to such groups, NBFCs need to raise capital at frequent intervals. Hence, raising capital is fundamental to the sector's growth.

The Reserve Bank of India (RBI), India's central bank, regulates NBFCs. The RBI was established following the enactment of the Reserve Bank of India Act, 1934 (RBI Act). That statute assigns the RBI the power to regulate, among others, banks and NBFCs. The RBI Act grants rule making powers to the RBI. It is in the exercise of these powers that the RBI issues directions from time to time governing the conduct of NBFCs.

One of the RBI's most noteworthy rules pertains to the change of management and control of an NBFC. Given how this rule affects NBFCs' capital-raising initiatives, they've had to keep a close watch over its development. Back when the directive was first introduced1, its original intent was three-fold: (a) to protect the "soundness of the financial system"; (b) any new management taking over the reins of the NBFC "subserves" the same objective; and (c) the public is informed of any such management change. Over the years, the text and scope of this rule have undergone several amendments3, but its basic characteristic— to regulate the change of management and control of NBFCs — has remained the same.

The RBI currently administers this rule through the Non-Banking Financial Companies (Approval of Acquisition or Transfer of Control) Directions, 2015 (NBFC Directions)3. The operative part of the NBFC Directions requires the prior approval of the RBI in following three cases:

a) any takeover or acquisition of control of an NBFC, which may or may not result in change of management;

b) any change in the shareholding of an NBFC, including progressive increases over time, which would result in acquisition/transfer of shareholding of 26% or more of the paid up equity capital of the NBFC. Provided that, prior approval would not be required in case of any shareholding going beyond 26% due to buyback of shares/reduction in capital where it has approval of a competent Court. The same is to be reported to the Bank not later than one month from its occurrence;

c) any change in the management of the NBFC which would result in change in more than 30% of the directors, excluding independent directors. Provided that, prior approval would not be required in case of directors who get re-elected on retirement by rotation.

It has been more than four years since the NBFC Directions came into effect. During this time, NBFCs have faced difficulties, particularly with the COSR. This article discusses its shortcomings and proffers a new rule to take its place.

Change of Shareholding Rule
The NBFC Directions were made pursuant to the notice-and-comment rulemaking power of the RBI. Prior to their promulgation, the RBI issued draft directions4 inviting public comments. These broke new ground by proposing a change of shareholding rule with a numerical threshold of 26%.5 In the final rule that was adopted, the RBI kept the threshold intact but made two important changes — adding the words "including progressive increases over time" and carving out an exception for changes in shareholding due to a buyback or a court-approved reduction in the capital of the NBFC.

The COSR in plain terms applies to any change of 26% or more in the shareholding of an NBFC. After parsing the text, it is evident that the COSR is a company-focused rule. It is not limited to ownership changes caused by a sole acquirer. It includes a stand-alone transaction of 26% or more undertaken by two or more persons who may have nothing in common with each other. It even encompasses a share transaction of less than 26% if such transaction, after adding past acquisitions, crosses the threshold. Its regulatory overreach has given rise to some unintended consequences and could be recrafted for the following four reasons:

First, the application of the COSR does not appear to take into account the size of a transaction or the absence of any connection between the parties to a transaction.Take an example of an NBFC that wants to raise capital equivalent to a 28% shareholding from four investors, by granting each of them a seven percent stake. Considering the size of the stake being acquired by each investor, it wouldn't be worth applying the COSR to them. But, just because they are all investing at the same time, their transaction triggers the rule. Consequently, the NBFC will need to get each of the investors approved by the RBI. Yet, if just one investor backs out, the acquisition by the other three (21 %) all of a sudden falls outside the ambit of the rule and no longer requires RBI approval.

Consider a somewhat different situation where an investor has acquired a 25% stake in an NBFC. Since the shareholding change is less than 26%, the COSR does not apply. However, if, at a later date, another person (unrelated to the investor) wants to acquire a mere 1% stake, that person will trigger the COSR. Even though the RBI did not scrutinize the bonafides of the investor with the much bigger stake, it must approve the person proposing to purchase just 1% of the NBFC. Hence, neither the size of the transaction, nor the absence of any connection between the parties seems to hold any real relevance for its application.

Second, the COSR includes within its scope "progressive increases" in the shareholding of an NBFC that have taken place in the past — increases not just in the shareholding of an acquirer but of the company in general. The concept of "progressive increases" is based on the aggregation doctrine. It targets small acquisitions which, if viewed in isolation, are not significant enough but when viewed collectively warrant regulatory oversight. It is logical to apply this doctrine to an acquirer-centric provision.

But it does not make much sense to impose it on a company-focused rule such as the COSR. The result is that past shareholding changes which may have happened long ago and have no correlation with a new transaction get unintentionally tagged to the new transaction. Thus, the RBI ends up regulating the wheat and at times the chaff, too.

Third, the COSR requires an NBFC to keep track of all past shareholding changes, whether primary transactions or secondary ones from the date the NBFC directions came into effect6. The NBFC also needs to know beforehand any proposed changes to its shareholding to ascertain if, after taking into account past changes, the proposed shareholding change will reach the COSR threshold. If it does and the NBFC obtains RBI approval for such proposed change, it then has to press the reset button and conduct the analysis afresh each time it receives an approval under this rule.

It is possible to keep track of all share-based transactions in closely-held companies. However, publicly-listed companies are a totally different matter. They have dispersed owners who are allowed to trade freely on an exchange. It is nearly impossible to control this constituency. If their on-market transactions are taken into account, the NBFC will come to know of a shareholding change only after it has occurred. It is, therefore, pointless to apply the COSR to such transactions.

Fourth, the RBI has overlooked comparable laws and regulations while formulating the COSR. The RBI has sought to regulate change of control at NBFCs, in one form or the other, since its inception. For the RBI, the term "control" has always meant what the Indian takeover regulations say. It means the same regulations could instruct the COSR too. The takeover regulations are acquirer-centric and require an acquirer to make a public tender offer not only when it triggers a change of control, but also in cases where its shareholding exceeds a specified threshold.7 Although the RBI has borrowed the concept of "control" from these regulations, it has overlooked them in the change of shareholding context. Another such example (where the RBI itself is the regulator) is the Banking Regulation Act, 1949 that governs banking companies. Even this statute has a similar acquirer-centric provision which requires prior RBI approval if any person acquires 5% or more of the shares of a banking company.8

The RBI could obviate the over-policing problem of the COSR by applying the same standard as it does to banking companies under the Banking Regulation Act, 1949. The RBI could limit the COSR to when: (a) shares of an NBFC are acquired by a person, whether individually or acting in concert with other persons; (b) the proposed acquisition increases their existing holding, if any; and (c) all of it taken together increases their aggregate shareholding to 26% or more of the paid-up share capital of the NBFC. Only if all the three factors are met should the rule apply. The RBI can also consider incorporating a reporting requirement for future acquisitions made by an acquirer who has obtained RBI approval under the COSR so that a second approval is not required if such acquirer proposes to purchase additional shares in the same NBFC.

In addition to obtaining the RBI's prior permission, the NBFC Directions require a public notice to be given in the newspapers. This requirement puts two onerous conditions on the parties: First, it proscribes the publication of the notice prior to the receipt of RBI approval, which could take months. As a suggestion, the RBI should permit the notice to be made earlier with a caveat that it is subject to the receipt of RBI approval. In fact, allowing the public notice to be issued at the time of filing the RBI application would give the RBI a chance to consider any public objections before deciding whether or not to approve the case.

Second, the parties have to observe a standstill period of 30 days after the notice is published. The parties, therefore, cannot close their transaction even after obtaining RBI approval and publishing the notice in the newspapers9. The statutory standstill period hampers the capital-raising efforts of an NBFC, especially when it needs to raise capital to meet its capital-adequacy requirements stipulated by the RBI.

Considering that a capital-raise transaction for an NBFC is, in most cases, time-sensitive, the publication of the notice should be allowed at the time of making the application to the RBI. In this way, the 30-day standstill period can run in parallel and assuming that the RBI will at least take a month to grant its approval, such a tweak to the notice requirement will ensure that the standstill period has passed by the time the RBI makes its decision.

Conclusion
The RBI could amend the COSR and make it an acquirer-focused rule. A clear, bright-line rule that retains the 26% threshold but targets the acquirer rather than the company will remove the unintended consequences that have crept into the COSR. Also, for the reasons discussed above, the RBI could consider permitting the public notice to be issued at the time an NBFC submits its application seeking prior approval of the RBI.

This article has been authored by Viral Mehta, Partner, S&R Associates. He can be reached on vmehta@snrlaw.in for any questions. This article is intended only as a general discussion of issues and is not intended for any solicitation of work. It should not be regarded as legal advice and no legal or business decision should be based on its content.