While the right to say what may annoy or displease others cannot be throttled, no right is absolute under the Constitution..."Freedom of expression…is applicable not only to 'information' or 'ideas' that are favourably received or regarded as inoffensive or as a matter of indifference, but also to those that offend, shock or disturb the State or any sector of the population." – ECtHR,... 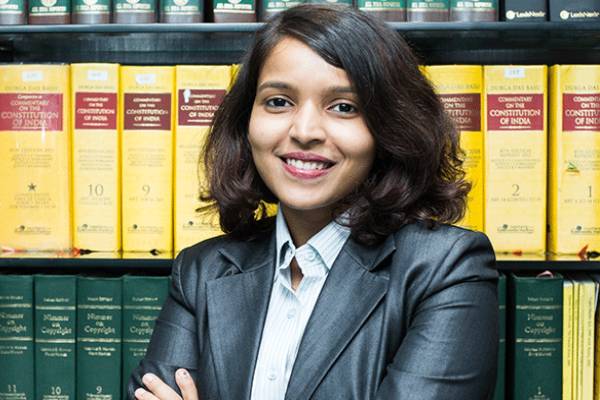 While the right to say what may annoy or displease others cannot be throttled, no right is absolute under the Constitution...

"Freedom of expression…is applicable not only to 'information' or 'ideas' that are favourably received or regarded as inoffensive or as a matter of indifference, but also to those that offend, shock or disturb the State or any sector of the population." – ECtHR, 1976

The words of the European Court of Human Rights in the landmark decision of Handyside v. United Kingdom1 ring truer than ever. Freedom of speech and expression constitutes an essential foundation of every society, a basic condition for the progress and development of man. In the absence of pluralism, tolerance, and acceptance of even ideas that may 'offend, shock or disturb', there can be no democratic society.

This idea of pluralism in a democratic society has been reiterated by the Delhi High Court (Court) in Ashutosh Dubey v. Netflix, Inc. & Ors.2 (Judgment), the case under analysis.

Facts of the Case

The Plaintiff – an advocate by profession filed a suit seeking an injunction – restraining the defendants from further streaming of the Web-Series - 'Hasmukh' (Series) which airs on Netflix. The Plaintiff's grievance particularly stems from Episode 4 of Season 1 of the Series which contains derogatory remarks, brings disrepute to the legal community and stigmatises the image of lawyers amongst the public at large (Impugned Episode). Amongst other disparaging remarks, 'Hasmukh', the protagonist (Protagonist) refers to lawyers as 'thieves and scoundrels' who despite being the 'so-called upholders of law, never bring justice as they rape with their pens.'

The Defendants submitted that the Series was based on dark comedy where the Protagonist is shown as a stand-up comedian who performs on television shows. The Protagonist could successfully perform only after murdering evil and debauched persons whom he met in his life. The stand-up comedy would then be based on satirical jokes made in relation to these murder victims. In line with this central theme, in the Impugned Episode, the Protagonist refers to 'lawyers in Mumbai', portraying his harrowing experience with an aberrant lawyer (Lawyer). The Lawyer is characterised as an immoral, dishonest, greedy, violent person, having connections with the underworld, who even duped the Protagonist into executing unfavourable contracts and coerced the Protagonist to pay 50% of his earnings from his performances on an ongoing basis.

In view of the central theme of the Series, the Defendant argued that lawyers cannot be defamed as a class of persons as the imputation made in the Impugned Episode cannot be attributed to a small determinate body or any specific set of identifiable persons. Plaintiff had failed to show any prima facie case, which necessarily must be proved for allowing an interim relief. Further, the Plaintiff had failed to show any cause of action in terms of injury or irreparable loss or violation of any right entitling him to grant of any injunction.

Judgment of the High Court

The Delhi High Court dismissed the Plaintiff's application seeking ad interim relief. The Judgment was based on a two-fold issue: (i) Lawyers as a class is incapable of being defamed and (ii) The Series was a satirical comment, a work of art which exaggerated different issues to expose the shortcomings of the society. In denying the Plaintiff's application, the Court held that an interim injunction in favour of the Plaintiff will amount to interference with freedom of speech and expression, a right guaranteed under Article 19(1)(a) of the Indian Constitution.

In the Indian context, defamation is associated with both criminal3 as well as civil consequence. The idea behind providing a legal remedy for defamation is to protect the reputation of an individual4 which would otherwise be tarnished by publication of the false and disparaging statement. This being the essence, any legal remedy against defamation must have to be initiated either by an individual or a defined set of individuals whose reputation is lowered by the publication. Defamatory statements of a large or indeterminate number of persons generally fails to be actionable owing to the difficulty in establishing that the plaintiff was, in fact, included in the defamatory statements as such an inference may be wrongfully drawn on the basis of sweeping generalisation or exaggeration by a plaintiff.5 Naturally, a class of persons is considered defamed only if the publication refers to all its members particularly or if particular members are specially imputed.

Lawyers taken as a class cannot be identified with any 'particular' individual. The class of advocates in general is a much more amorphous and indeterminate body.6 Therefore, time and again, courts in India7 have held that lawyers as a class is not capable of being defamed. Relying on this settled legal position adopted by high courts across India, the Court held that 'however reprehensible and morally unjustifiable the words complained of may be, for it to be actionable, it must contain an imputation concerning some particular person or persons whose identity can be established.'8 In the absence of such an imputation against the Plaintiff or a particular group of lawyers, the Impugned Episode was not actionable. At the most, the profession of advocates may be 'defiled but not defamed'9 by the remarks made in the Impugned Episode.

Commitment to free speech involves protecting both speech that is palatable and speech that one may despise. The notion of a democracy will be inconsistent if potentially unconventional views are curtailed.10 The most important facet of the Judgment is in the Court's reasoning that the 'very essence of democracy lies in the fact that its creative artists are given the liberty to project the picture of the society in any manner, including by using satire, to exaggerate the ills to an extent that it becomes a ridicule'.11

As recently as 2019, the Supreme Court reiterated that satire is one of the most effective art forms revealing the absurdities, hypocrisies and contradictions of life, which form of expression is protected under right to free speech.12 In a similar manner, the Judgment holds that the Series was based on a theme of 'satirical comedy' where the Protagonist, a stand-up comedian, exaggerated different fact scenarios to portray evils of the society. The Impugned Episode when seen in the backdrop of the Series' satirical theme, makes it evident that the Protagonist prima facie appeared to be exaggerating the issue to highlight the ills of the legal profession and the hardships he had suffered at the hands of the Lawyer. The Impugned Episode being a satirical work of art, was held to be a valid exercise of freedom of speech and expression.

In view of the above, the Plaintiff's application seeking interim injunction was dismissed by the Court.

Freedom of speech and expression, a cherished right under the Indian Constitution, values the voice of dissent and discordant and artistic expressions. Such expression of views and ideas being necessary for growth of democracy must be zealously protected. Satire being a work of art involves techniques which are witty, often an exaggerated portrayal of a subject. While the idea expressed by way of satire may not be pleasing, the object of the same is to address different social ills and issues which the audience ought to accept as a bitter pill. Right to say what may displease or annoy others cannot be throttled.13 However, no right under the Constitution is absolute. Free speech rights under Article 19(1)(a) can solely be restricted under Article 19(2). Restrictions imposed must be reasonable, passing the anvil of proportionality, legitimacy and legality. While the Judgment does not specifically invoke the three tests, in denying the interim injunction, the Court has principally applied the test of reasonableness of restrictions and reinforced the right of free speech in artistic work. The Judgment definitely reinforces hope, driving home positive aspirations for content creators and artists.