A specific law with one exclusive regulatory body is the need of the hour to regulate the news broadcasting sector in order to reinstate the trust and confidence of the people in news television channels...With more than 400 news channels1, India is indubitably the world's most over-served news market. In this huge market, there is an alarming rise in the phenomena of paid news, fake... 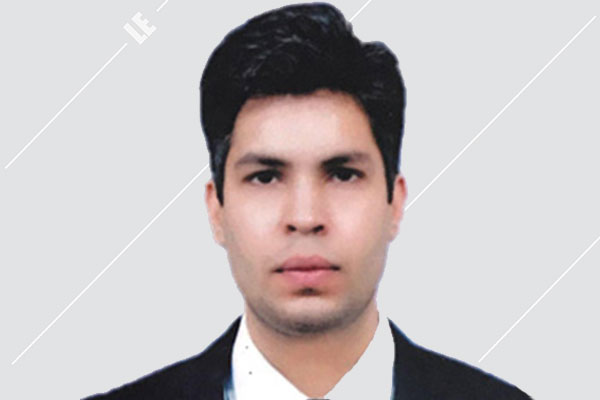 A specific law with one exclusive regulatory body is the need of the hour to regulate the news broadcasting sector in order to reinstate the trust and confidence of the people in news television channels...

With more than 400 news channels1, India is indubitably the world's most over-served news market. In this huge market, there is an alarming rise in the phenomena of paid news, fake news, biased news and unreliable news. Trying to set an agenda for the country, most news television channels in India can easily be identified as either pro-government or anti-government. Not only this, the daily schedule of most news channels consists of talk shows, comedy programs, and music events, as if they are trying to turn into General Entertainment Channels. Prioritizing sensationalism over fair journalism, such news channels in India have blurred the line between news and entertainment. The absence of regulation and lack of control over the content of news television channels is the primary reason for the content and credibility crisis of the Indian television news industry. As on date, there is no statutory regulatory mechanism for news channels and they are regulated by several self-regulatory bodies such as the News Broadcasters Association (NBA), Broadcast Editors' Association and News Broadcasters Federation. One of the primary effects of the absence of a statutory regulatory body to regulate the content of news channels in India is that viewers are in a conundrum as to what content is reliable.

The NBA is a private association which has been established by Indian news channels. The News Broadcasting Standards Authority (NBSA), set up by the NBA, adjudicates upon complaints about broadcasts. In a petition filed by social activist Nivedita Jha before the Hon'ble Supreme Court of India, NBSA filed an affidavit informing the court that it had received 18 complaints regarding reporting of sexual offenses against the broadcasters and the action taken by it. The list showed that the authority did not take any action in 7 cases, and in the remaining cases, no punitive action was taken against the news channels, as they were let off with a warning or at most were asked to air an apology.

The NBA has also devised a Code of Ethics to regulate content. However, the said Code appears more like guidelines as there are no standards required to be followed mandatorily. The content being aired on most news channels today makes it easy to infer that the NBA's 'Code' is essentially ineffective. The office bearers and members of all such selfregulatory associations include the office bearers of leading news channels, leaving no room for ambiguity that the self-regulatory mechanism fails to be an effective, reliable and trustworthy regulation. Adding to all these problems is the non-unification of the self-regulatory news media regulations in India, since the presence of multiple selfregulatory bodies has led to issues over the enforceability of decisions.

Even the Press Council of India (PCI), which is a statutory body for regulating content, is primarily to enforce standards upon newspapers, journals, magazines and other forms of print media, and does not have the power to monitor the functioning of the news television channels. Moreover, the PCI acts only on complaints and adjudicates the said complaints against and by the press for violation of ethics and for violation of the freedom of the press, respectively.

Most news television channels are missing sensible content, they have become opinionated, ill-informed, platforms for character assassination, and are focused towards being 'interesting' rather than being informative. Instead of discharging the responsibility of being informative about

in 2010. In its report, the PCI stated that paid news is "a pervasive, structured and highly organized practice" in

Back in 2013, the PCI in its statement said that it would soon issue a white paper on 'paid news'. The said statement came in view of increasing complaints of media taking price, in cash or kind, for publishing specific news or analysis. However, it has been more than 6 years and any such policy or legislation is yet to be framed. Paid news is undermining our democracy since the functioning of media has a direct

impact on the citizens, government and the society.

A specific law with one exclusive regulatory body is the need of the hour to regulate the news broadcasting sector in order to reinstate the trust and confidence of the people in news television channels. Some people confuse regulation with censorship and use the terms interchangeably to argue that independence of media and 'free media' is essential to maintain a democracy. However, it is crucial to foresee and understand the consequences of paid, fake, and biased news which is all unreliable news. Not only is it imperative that the news television channels adhere to the elements of news and current affairs in their program content, it is also important that the news channels show fair and 'factchecked' news. Indian citizens have a right to access free, independent media and that is precisely why India needs an exclusive regulatory body and specific statutory laws for news television channels.

1 https://mib.gov.in/sites/default/files/Master List of Permitted Private statellite TV Channels as on 31.07.2018.pdf : List issued by Ministry of Information and Broadcasting, Government of India