Three Years of GST: What we have gained and what we should gain in future! 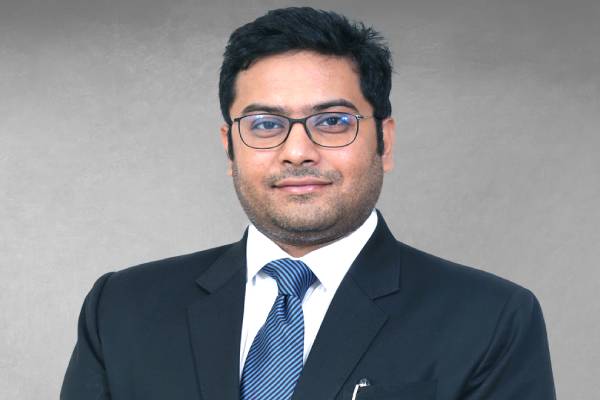 Despite the entire GST framework being called compliance heavy and the International Monetary Fund being critical of 'GST collection to GDP ratio', it can be said with certainty that a lot has changed for the better...

The Goods and Service Tax ("GST") regime has just completed three years in India. Despite the entire GST framework being called compliance heavy and the International Monetary Fund being critical of 'GST collection to GDP ratio', it can be said with certainty that a lot has changed for the better. The tax administration has been able to enlarge its base and till March 2020, the nation witnessed increased collections of GST in almost every quarter. The issues of credit, exemptions and inverted duty structures for select commodities were dominant issues which the tax payers faced when the earlier tax regime was introduced; the new regime shielded the tax payers from such complications.

Amid the efforts to establish the new regime, the legislature as well as the Central Board of Indirect Taxes and Customs ("CBIC") was aware that many disputes under the old regime had not attained finality. In fact, the tribunals and the constitutional courts were not only grappling with issues of erstwhile duties but also with disputes that emerged from relatively new tax reforms in the past such as service tax and value added tax also known as VAT. To ensure that the maximum number of cases from the old regime attain quietus, the CBIC had issued circulars instructing the tax administration to withdraw revenue appeals from tribunals, high courts and the Supreme Court of India in which the disputed tax demand is below a stipulated monetary limit. The budget of 2019-20 saw the Ministry of Finance ("MoF") introduce the Sabka Saath Sabka Vishwas Scheme ("Scheme"); the Scheme gave the tax litigant an option to settle its case with the Tax Department (Department) by paying a very small amount of the disputed tax; upon whose payment, the enduring demand, interest and penalty is waived, and the case is closed. Thus, it can certainly be said that the MoF has worked hard to ensure that GST as a tax reform is able to spread its roots harmoniously and yet the tax payer's ecology is not disturbed because of this shift in regime.

In addition to the above reforms, an area that still has a vacuum is the approach of the tax administration to adjudicate disputes. In the past three decades the courts saw the indirect tax cases piling up because of serious lapses that occurred in the adjudication of such cases. Issues pertaining to the interpretation of exemption notification(s), rate of duty on commodities and valuation of goods were decided without considering the statutory interplay of the provisions and tariff entries. Further, the adjudicatory authorities were not aligned to that fact that Indian excise and customs tariff were in line with the guidelines laid down by the World Custom Organisation ("WCO"). We were a signatory to WCO, our tax laws were in line with WCO but the tax administration was not sensitised to this fact. To curb this problem, the Apex Court in the last two decades has given landmark decisions in the field of commodity classification, interpretation of exemption notifications, valuation of products and India's commitment to international tax reforms. Thus, India has a rich jurisprudence of judge-made tax guidelines that must be used by the GST authorities extensively. The courts have made the work of the tax administration very easy; today while deciding a case, a tax official need not hesitate to rely on international guidelines or commentaries or reports or scientific data as the courts have laid down that such information must not be ignored. However, the onus is now on the tax administration to use the laws laid down to bring effective quietus to cases. If the same mistakes are repeated, cases on the same issues will pile up again at every forum.

In the coming years, the Department will again be flooded with varied disputes under the GST law. Classification of everything under the sun starting from textile articles, FMCG products, machineries to medicines will be litigated. Recently the Authority for Advance Ruling under GST was seized with the issue whether 'parotha' can be classified as 'roti' and enjoy the same rate of GST, only to be held that they are different and will attract different rates of GST. In the current global pandemic situation, pharmaceutical companies are investing heavily in not only drugs, vaccines but also adjacent products such as sanitizers and immunity building supplements. Already there is a dispute between the Centre and States with respect to classification of "hand sanitizers" as medicaments or disinfectants. India is the land of Ayurveda; many pharmaceutical companies are making Ayurvedic Propriety Medicaments ("APM") and hence, the health supplement industry is bound to grow further in future. Very few are aware that the Supreme Court of India has laid down rich jurisprudence on the taxability of APMs and the GST regime is the perfect pitch to apply such law for effective and speedy closure of such cases.

Under the pre-GST regime, textiles and their derivative products were heavily exempted. The aim of the government was to ensure that manufacturers at all levels starting with the manufacturer of a basic threadupto the final treatment of finished textile enjoy the exemption. This led to a situation where litigation in the field of taxability and classification of textiles and textile articles was less as compared to other commodities. The new GST regime does not provide for such exemptions and the courts are likely to see litigation arising from this industry. The stakeholders under the new tax regime must use the law laid down by the courts to bring effective closure to such disputes instead of dragging the litigation upto the apex court.

If the GST needs to be successful, the government must strive for effective closure of litigation(s). This can only happen if the jurisprudence created by courts under the earlier tax regimes is effectively used and followed by the tax administration.

Aditya handles variety of Indirect Tax litigation matters before the Supreme Court and High Courts for varied sectors like Software, Telecommunication and Manufacturing. Appearing in all High Courts in Northern, Eastern and Central States in India, he has over six years of experience in handling Indirect Litigation matters.