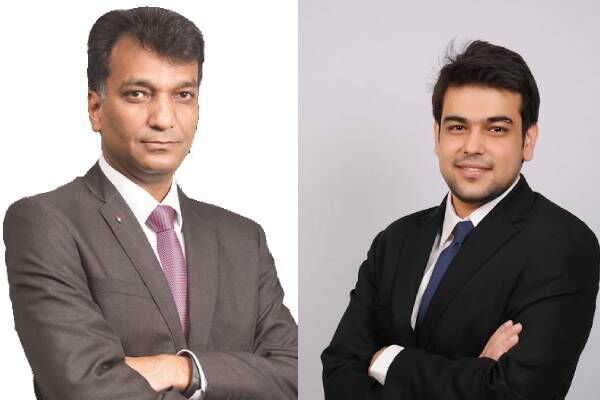 Courtrooms are temples of justice, but, on a lighter note, are often zones of friendly and witty banter between the Bar & Bench which relaxes the tense atmosphere while deciding rights of citizens. One of the most celebrated bouts of banter in courtrooms, which left the court room in splits, has to be that of the Former Judge of the Supreme Court, Justice Kuldip Singh and the Former Attorney General of India, Mr. G. Ramaswamy.

Justice Kuldip Singh to Mr. Ramaswamy: "You think we are fools?

Mr. Ramaswamy in response to Justice Singh: "My lords have put me in a very difficult situation. If I agree I am in contempt, if I disagree, I commit perjury."

Cut to 2020, the year of pandemic, imagine cracking a joke on the video conferencing app while being connected with the Judge, he who holds the button of putting you on 'mute' and with the time limit to conclude arguments, ticking every second. Seems tough to find time for having a friendly banter with the Judge or nudging your opposite counsel with a tongue-in-cheek remark when arguing virtually before a laptop. Even the Solicitor General is being forced to raise printed placard saying "Mute your Mics" to address the Supreme Court – an example of how court arguments are now being conducted owing to the chaos on split video screens.

The impact of the coronavirus pandemic has been writ large in every possible sect of life. However, one less spoken area is the intangible damage that the virus has caused to the skill set of 'advocacy' practiced by advocates in court rooms, which has now been reduced to virtual court rooms on video conferencing apps.

Advocacy, as a skill set, is a chink in the armor of lawyers who stand across the dais and put forth their arguments furthering the interests of their clients, while at the same time being referred to as 'officers of the court'. Like the five different fingers, no two lawyers have the same skill set before a court of law. Distinguished counsels are engaged for their honed skill sets, while some are a master of facts, some ace in distinguishing case laws, whereas some have the gift of the gab who can turn around cases while being 'on their legs'. Now, in the virtual system, no one is on their legs, rather are on their honchos, sitting behind laptops patiently waiting for their turn and their screens to come alive.

The hustle bustle of court corridors is gone; ask a briefing counsel the rush of blood when a senior counsel doesn't turn up and one has to take the second passover, these thrills are no more to be experienced with virtual court systems. The requests for adjournment are no more made, whereas earlier junior counsels forwarded for this job often, felt on top of the world after successfully completing the task! The feeling of those nerves before an interim injunction application, those butterflies of opposing a senior counsel and the anxiety to return the volleys of the bench. Have all these been reduced to the glorious 'yesteryears' of advocacy? as the same is not found in the virtual courtrooms.

While all are hoping with fingers crossed that normalcy is restored, a very popular judge of the Bombay High Court in a webinar said, "brace for the new normal". Echoing the same thoughts, senior counsel and Rajya Sabha MP said, "Life even after Covid cannot be the same. Several new normal, although thrust upon us, should be institutionalized. Virtual litigation to an extent should happen even in the normal course, post-pandemic."

But are we ready to embrace and welcome this forced normalcy? While a few are celebrating the positives which have popped up, many others are still lurking for fresh 'urgent listings' to keep them financially and professionally afloat and not get rusted. Grudgingly, some have also written to the higher authorities that virtual court systems are only for the 'privileged' class, which should not be allowed to continue.

The virus apart from advocacy has also brought radical changes to the proud 'black and white' donned by advocates, which is virtually a trademark for the profession.The Bar Council was forced to make changes to the dressing code for lawyers, to ward off a scare of the virus spreading through clothes as well. However, in this regard, some lawyers brought shame to the legal fraternity, who forgot to wear their robes and instead appeared online in their vests, thankfully not 'briefs'! One would wonder, if they still retained the briefs, after that howler.

Sadly though, it seems like the proud skill of being 'argumentative' for a lawyer; who turn their backs to the audience, face the wrath of the judges and attempt to tame their opposite counsels, to walk away with favorable orders with chin up may have been lost to the virus! Arguments seem to have been changed by mere 'submissions'!

But balance always strikes on its own! The plague of pendency of cases has seen a reduction, as Judges are working at Godspeed to pass as many judgments possible in this time. Recently, a senior judge of the Supreme Court who is in line to become the Chief Justice of India, gave out startling numbers on pendency and disposal of cases in India. He went onto say, "Technology tells us which is the part of the pyramid we have to attack first". Thus, the Bar & Bench must apply their minds in the best interests to achieve the maximum, even in such times of despair.

However, the past months of virtual justice system have thrown light on a grim situation. No more witty banter, but off-legal discussions have been reduced to one finding themselves in the frame of the camera, avoiding showing their ceiling fan, not being called "Mr. India" as someone who became invisible but audible and definitely, who would have thought, the senior counsel with undoubtedly the loudest voice in the courtroom, asking for whether being audible!

Like always, lawyers may somehow manage to carve a path for themselves out of this misery. But, will the ecosystem attached to the lawyers survive? Our very own, years old clerks, munshis, support staff, the xerox machine shops, etc. whose bread and butter came from the lawyers being physically in courts are now staring at white walls, with the legal fraternity having suddenly gone virtual. An occupational hazard?

The Solicitor General of India calls it "a good beginning and cannot be a temporary measure only. Initial technical glitches are there, but these can be overcome gradually". True! Teething problems will always be there, but one cannot hide themselves from the true reality. Can one imagine cross examination being conducted via virtual courts? How would one rule out the possibility of witnesses being prompted? Final arguments take up several hours, with fluctuating bandwidth and with laptops/ mobiles running out of battery, can such proceedings continue? The list goes on.

A recently retired judge of the Supreme Court said on a webinar, "You can't decide a constitutional matter or record evidence via video conference hearing. A criminal trial cannot be done by video conferencing. Though virtual hearing has its own benefits and can be used as a tool, it cannot replace open courts as such"

All in all, while it was high time that courts were digitized, but still the old school system of presenting arguments with files on the stool, that is placed on the podium and with judges sitting on the elevated bench, ought to be preserved for the legacy that courts have carried for centuries and should not be allowed to be forgotten at any cost.

Seems like for now, advocacy is confined to laptops with the pandemic playing the role of the trojan horse; a strong firewall is immediately needed to come out of the closed 'Windows'! The anti-virus might be activated later, but till then, the Bar & Bench will have to play a critical role in ensuring that the true character of advocacy does not become1 a victim to Covid-19.

Working as a partner in the firm and handling all types of corporate litigation I have done Law from Campus Law Center, University of Delhi. I have experience of working in government of Delhi as law officer. while working with L&L Partners, I have advised and handled matters related joint venture disputes, construction disputes, oil and gas exploration disputes , setting up of ports, disputes pertaining to environment issues, labour and HR dispute etc. In addition, i have also been advising clients in insolvency and debt recovery matters.