Legal Era in Conversation with Pravin Anand and Vaishali Mittal

In one of the most heated Intellectual Property trials in India, the Delhi High Court passed a landmark verdict related to the trademark of Toyota Prius in favour of the Japanese carmarker.Toyota was objecting to the use of its trademark 'Prius' as it was its first hybrid car in the world. The defendants established a proprietary firm and a company by the name of Prius Auto Industries and... 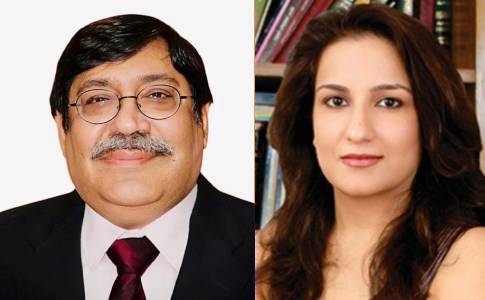 In one of the most heated Intellectual Property trials in India, the Delhi High Court passed a landmark verdict related to the trademark of Toyota Prius in favour of the Japanese carmarker.

Toyota was objecting to the use of its trademark 'Prius' as it was its first hybrid car in the world. The defendants established a proprietary firm and a company by the name of Prius Auto Industries and Prius Auto Accessories Private Limited and were also selling manufactured spare parts under the trademarks of Toyota, Innova and Qualis.

Interestingly, the defendants had secured registrations of the name Prius in India, while Toyota did not have such a registration to its name in the country. However, convinced that the Defendants had taken undue advantage of the reputation of its vehicles in order to expand their own business in India, Toyota filed the suit in 2009 at the Delhi High Court through the law firm Anand and Anand, the team handling this matter comprised of Vaishali Mittal, Neha Reddy and Siddhant Chamola with Pravin Anand at the helm of affairs.

An ebullient Pravin Anand and Vaishali Mittal shared their views with Legal Era on the landmark case.

The Toyota case was considered a landmark case for trademarks in India, how does it feel to win such a prominent case?

The emotions associated with this victory are those of immense joy, satisfaction and redemption. After contesting this litigation exhaustively over 7 years, to ensure that our clients get the victory that they deserved is an incredible feat.

How will this judgment impact similar cases in India?

This judgement will have an extremely positive impact on trademark cases in India since it sheds incredible light on several important aspects such as:

a) Trans-border reputation: The international reputation associated with a trademark can be felt in India even before goods/services under that mark are officially launched in India.

c) Judicial Notice of Reputation: Whether such reputation exists in India can be determined through the documents filed by its proprietor or the Court can take notice of this reputation on its own motion, through a study of books, magazines and articles. that are easily available in the public.

d) Prior use of a trademark: In case a particular mark was internationally adopted by a Plaintiff much before the Defendants adopted this trademark in India, then the international adoption shall be considered as prior in time.

e) Analyzing mala fide (bad faith) or bona fide (good faith) conduct: The determination of every trademark litigation hinges on analyzing whether the Defendants' adoption and use of the Plaintiff's trademark was in good faith or otherwise. This case delved deep into the cross examination and responses given by each witness to determine that the Defendant's adoption of the mark PRIUS was dishonest and that it aimed at benefitting illegally from the reputation associated with that mark.

On what grounds did the Delhi High Court pass the verdict?

The relief granted by the High Court along with a brief reasoning is given below:

The Defendants being in the automobile industry were bound to know of the mark PRIUS and the immense reputation it had. Therefore, the adoption of PRIUS by the Defendants in their business of selling spare parts for automobiles (with many of them being Toyota's vehicles), the Defendants were guilty of passing off and attempting to benefit illegally from the reputation of Toyota's mark.

The Defendants have been given 2 months to phase out the use of PRIUS from their trade-name, stationery, goods, products etc.

b) Restraining the Defendants from infringing the marks TOYOTA, INNOVA and - The Defendants' use of these trademarks in a manner which is identical to that which is used by Toyota was clearly an act of infringement. Since these marks were registered by Toyota, it had exclusive rights to use these trademarks. The Defendants use of these marks on the packaging of their spare-parts gave an impression as if the products were those of Toyota itself. Therefore, the Court has directed the Defendants to use these marks strictly in a descriptive manner along with using expressions such as "For" and "To", so that consumers are made aware that the spare-parts are only compatible with Toyota's vehicles.

How much time did you spend gathering documentation and preparing for this case?

The suit was filed in the year 2009. Ever since then until the pronouncement of judgement (on July 08, 2016) we had prepared extensively and exhaustively on strengthening our case against the Defendants. You will read from earlier media reports that this case was hotly contested between the parties. Between 2009 and 2010, this case saw arguments almost every other day before different benches of the Delhi High Court. Therefore, quantifying the exact time spent on this litigation is an impossible task.

True to the spirit of our firm, we prepared for and contested this case with utmost dedication, spirit and conviction, putting in late hours whenever required.

As far as gathering of documents is concerned, this was one of the most important feature which was critical for Toyota to win this litigation. Our search for documents to prove the PRIUS' reputation in India required extensive filtering out of information from heaps of newspapers and magazines. The exercise took us to libraries, different national archives and every other corner on the internet. In the end, the hard work definitely paid off.