"We haven't been wrong very often" 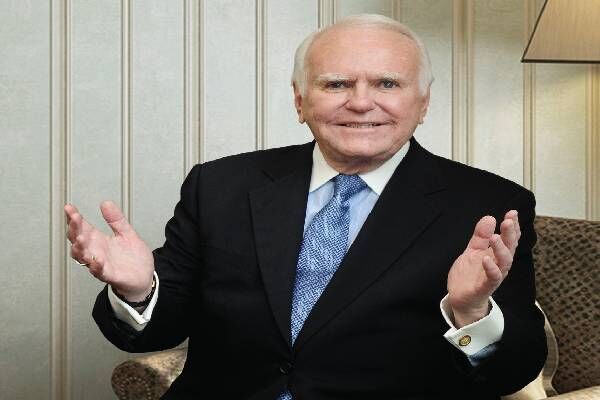 Legal Era gets the lowdown on what C|T Group does and plans to do in India... In July 2019, international consulting firmC|T Group set up office in Mumbai, India, through their subsidiary Crosby Textor India (P) Ltd. In a span of over 20 years they have worked at the forefront of political campaigns as well as with corporates and businesses to offer strategic counsel to government agencies...

Legal Era gets the lowdown on what C|T Group does and plans to do in India...

In July 2019, international consulting firmC|T Group set up office in Mumbai, India, through their subsidiary Crosby Textor India (P) Ltd. In a span of over 20 years they have worked at the forefront of political campaigns as well as with corporates and businesses to offer strategic counsel to government agencies and companies operating at the intersection of business and government policy.

The Litigation Science practice of the C|T Group is dedicated to assisting clients reduce the risks and costs of major legal disputes. The Group works closely with law firms and arbitrators helping them through their specialization in Psychology, Sociology, and Communication Science. They help their clients understand how Arbitrators, Judges, and other decision makers view the case and how to communicate in ways that work with and not against their audience's biases, prejudices, and attitudinal predispositions. All of their work is based on scientific studies of how case facts, witness testimony and presentation strategies will persuade or fail to persuade decision makers. Legal Era interviews the who's who of the firm to understand their work and future plans for India. Dr Donald Vinson, who founded the litigation science practice at the C|T Group and was previously a Professor at UCLA and the University of Southern California.He has contributed to 10 books and authored over 50 articles on the application of social sciences to legal disputes. We ask what led to the shift. "Fate is an impeccable strategist and luck is terrific," he recalls. While he was still teaching in 1976, a law firm in the Big Apple called to inform that IBM wanted him to design a study to help determine what the jury would be thinking during a trial in which the tech major was involved. The Professor risked giving it a shot and the results were astonishing. IBM called a presser announcing that they were hiring Dr Vinson and his study was published in the Wall Street Journal. Soon after, he was inundated with offers from several biggies.

What exactly is this behavioural science basis of C|T Group's work? Dr Vinson elucidates the concept. Human perception is selective and organized. We select from our environment what we want and need to see, hear and feel which in turn is based on our values, attitudes and beliefs. Not only do we select but we also organize the same into meaningful patterns consistent with our background, experience and what we know to be in the world. Hence, knowing these things about someone is a real window to understanding how that person is likely to behave. By extension, knowing these things about a decision maker really helps provide information consistent with what he or she wants, needs and is going to use to make the decision. Dr Vinson cites the example of a pharmaceutical company that is being sued or enquired or in arbitration over a contraceptive product which is allegedly injurious to women. There can be all kinds of testimony related to epidemiology, biochemistry, biophysics etc. that will come into play in the courtroom but the manner in which the decision maker looks at it and the case will reflect his or her personal values in terms of intimacy, sexuality, children, family, family planning, religiosity, custom and tradition. There are four possibilities when it comes to the manner in which human beings process information that is inconsistent with their beliefs. One, they outright reject it saying they don't believe it or don't want to hear it. Two, they distort the information in their mind such that it is not inconsistent with their beliefs. Three, they reinterpret the information to be absolutely what they want to hear. Four, which is the road least taken, they change their attitude. In matters that are really very important to the self, our sense of personal life, family and society, the fourth path is extremely rare. Dr Vinson reveals that from time to time, there may be a Judge who follows the law to the T; at other times, there may be a Judge who will do what is fair and just; and at still other times, there may be a Judge who is a student of the Arts and Humanities while his or her case involves complex chemistry, engineering, aerodynamics or patent issues. In the last case, the Judge will rely on his or her view of the world to make the decision.

We enquire how C|T Group's India journey has been like.

accepting of new ideas, new technologies and new ways of thinking, given

its reputation and experience in information technology (IT), medical science and engineering. Executive Chairman, Crosby Textor India (P) Limited, Atul Jhamb explains that initially they were retained by international or Indian clients to do work here but post setting up office they won live clients and contracts. Mr. Jhamb is an accomplished company advisor who has successfully built relationships at the highest levels globally within governments, financial institutions and other public and private sector organizations. According to him, the litigation science practice is especially relevant to the Indian market given that litigation is becoming increasingly complex and international arbitrations, too, are on the rise. By enabling clients know early on whether it is a "go" or "no go" situation, the service helps them decide whether or not they should go the whole hog in terms of time, effort and money. The C|T Group plans to be the 'knowledge partner' with the governmentsin India, helping form policies based on insightful advice. The Group seesthe biggest opportunity in helping the country realise the '$5 trillion economy' vision set by Prime Minister Narendra Modi and attain the status of 'Make in India'. The Group is facilitating global companies come to India and access the vast Indian markets. At the same time, the C|T Group is also assisting Indian companies access global markets, helping them grow and expand their reach. Mr. Jhamb claims that thus far, C|T Group's India journey has been very smooth by way of customer acquisition and delivery. The company is already working with political clients, corporates, high-net worth individuals & families and the timing of their entry couldn't have been better, considering their services resonate with the vision and goals set out for the country as a whole.

Asked which side their work leans toward more, both Dr Vinson and Mr. Jhamb agree that most of it is arbitration oriented since international arbitration is on the rise and their services are critical in high-profile, high-risk cases where there's a lot at stake in terms of money and reputation. Clients would much rather make informed decisions early on than risk any erosion of shareholder value.

However, is India really ready for the litigation science practice offered by C|T Group, we want to know. As with the diffusion of any new idea into a society, it will take a few early adopters but once they accept and utilize the concept, the rest of the market will follow, says Dr Vinson. He adds that it will take some time but C|T Group will ensure that their clients pursue cases in a manner so as to minimize losses and maximize recoveries.

Won't the existing law firms view them as competition, we inquire. "We are not hired as lawyers neither are we trained to be lawyers. Lawyers understand their role which is either to defend or prosecute the clients. We only help them do their job better. We are assets and not adversaries," insists Dr Vinson.

With so much riding on C|T Group's analysis, their strike rate had better be good, we remark. To which, a beaming Dr Vinson says that they have been involved in several cases and haven't been wrong very often. Their success rate in analysing the likely outcome is over 95 per cent, he claims. And there is a very good reason for that - if they go wrong, they won't be retained, he qualifies. More importantly, the decisions they help their clients make are not just opinions but recommendations based on social science data that they have collected, analysed and interpreted, he emphasizes.

There's one last thing we'd like to know i.e. C|T Group's future plans for India. Dr Vinson says that he would prefer to work with selected Indian companies that have need for our specialised practice. We thank Dr Vinson, Mr. Jhamb and Sian Hansen, Chief Operating Officer, C|T Group, for their time and wish them all the very best for the future before taking leave.