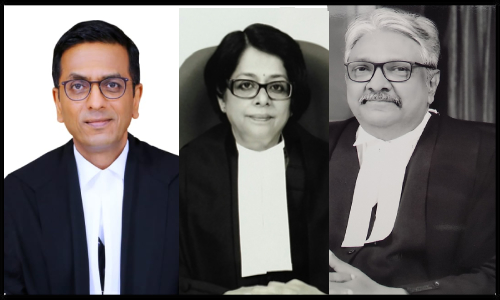 The Supreme Court bench of Dr. Justice D.Y. Chandrachud, Justice Indu Malhotra and Justice K.M. Joseph granted a conditional stay of the recovery of the penalty imposed by the Competition Commission of India (CCI) against Adani Gas Limited for abuse of dominance position.

The Court order read, “The quantum of the penalty required to be deposited in pursuance of the impugned order is Rs.6,40,00,000/- (Rupees six crore forty lac). The appellant shall deposit 50% of the said amount quantified at Rs.3,20,00,000/- (Rupees three crore twenty lac) within a period of four weeks subject to the result of the appeal. The recovery of the balance amount shall remain stayed pending the disposal of the appeal.”

The Competition Commission of India (CCI) had in 2014 held that Adani Gas Limited (AGL) abused its dominant position while supplying natural gas to industrial consumers in Faridabad. The CCI held that Adani Gas Ltd. contravened the provisions of Section 4(2)(a)(i) of the Competition Act by imposing unfair conditions upon the buyers under ‘Gas Supply Agreement’ (GSA).

This order of the CCI was upheld by the National Company Law Appellate Tribunal (NCLAT) on 5 March, 2020. The Tribunal observed that the Clauses of the GSA were found to be offending, violative and abusive of the dominant position by AGL in the form of imposing unfair conditions upon Industrial Consumers. The Appellate Tribunal thus upheld the orders passed by the CCI to safeguard the concerns and legitimate interests of Industrial Consumers.

Further it was found that AGL modified certain clauses in the GSA during the course of investigation and enquiry before the CCI to make them more consumer friendly and to protect the interests of Industrial Consumers by removing the disparity as regards revision of gas prices, payment obligations etc. According to the NCLAT, such modifications and the subsequent emergence of competitors of natural gas carved out mitigating factors/extenuating circumstances in favour of AGL outweighing the only aggravating factor i.e. abuse of dominant position.

The NCLAT also reduced the penalty imposed on AGL from 4% of the average annual turnover of the relevant three years to 1%.

AGL approached the Supreme Court appealing against the order passed by the NCLAT.

The Supreme Court has listed the case in March 2021 for final disposal.