Airlines are not under obligation to escort every passenger up to the boarding gate: SC 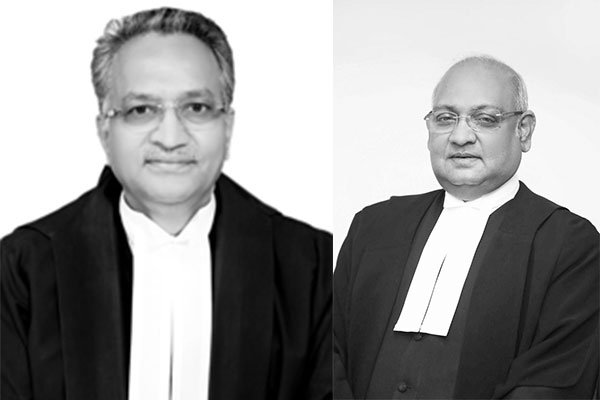 The Supreme Court ruled that there is no contractual obligation on the airlines to escort every passenger, after the boarding pass is issued to him at the checking counter, up to the boarding gate. Further, the Airlines issuing boarding passes cannot be made liable for the misdeeds, inaction or so to say misunderstanding caused to the passengers, until assistance is sought from the groundstaff of the airlines at the airport well in time. Once the boarding pass is issued, the passenger is expected to proceed towards security channel area and head towards specified boarding gate on his own.

The Supreme Court was hearing an appeal by Indigo Airlines (Appellants) against the order passed by the National Consumer Disputes Redressal Commission, New Delhi (National Commission) after it had ordered the airlines to pay compensation to two passengers (Respondents) who had missed their flight from Kolkata to Agartala operated by the Appellant-Airlines.

The Respondents blamed the Airlines for having missed their flight and sought compensation for the same. The State Commission had observed that after issuing boarding passes, it is the obligation of the airlines to provide assistance to the passengers to facilitate them to board the flight before the boarding gate closes. Aggrieved by this decision, the Airlines approached the National Commission, which affirmed the findings of the State Commission.

The Airlines appealed to the Supreme Court.

The Supreme Court held that the respondents failed to report at the boarding gate before its closure and hence the groundstaff of the Airlines had no other option but to treat it as ‘Gate No Show’ in terms of article 8.2 of the Conditions of Carriage (CoC) and to facilitate the flight to depart as per the permission given by the Air Traffic Control (ATC) for departure.

The Court noted that had it been a case of ‘Denied boarding’, the obligation of the appellants would have been to accommodate the passengers without insisting for air-ticket charges for the next flight available for reaching the desired destination.

The contract relating to travel plan of the respondents upon issue of the boarding passes at the airport checking counters, was accomplished after ‘Gate No Show’ and resultantly closure of the boarding gate. The deficiency in service must be ascribed only in respect of the stated contractual obligations of the parties. Further, the Court observed that that it would not be appropriate to cast an obligation on any airlines to delay the departure of an aircraft beyond the scheduled time of the departure and to await late arrival of any passenger, whosoever he may be, howsoever highly or lowly placed. The Airlines cannot be blamed for the non-reporting of the respondents at the boarding gate.

The Supreme Court observed that the approach of the consumer fora was in complete disregard of the principles of pleadings and burden of proof. Primarily, the material facts constituting deficiency in service are blissfully absent in the complaint. Secondly, the initial onus to substantiate the factum of deficiency in service committed by the ground-staff of the Airlines at the airport after issuing boarding passes was primarily on the respondents which was not discharged by them. The consumer fora, however, unjustly shifted the onus on the appellants because of their failure to produce any evidence.

According to the Court, the burden of proof would shift on the appellants only after the respondents/complainants had discharged their initial burden in establishing the factum of deficiency in service.

A Bench of Supreme Court Justices A.M. Khanwilkar and Dinesh Maheshwari presided over the case.