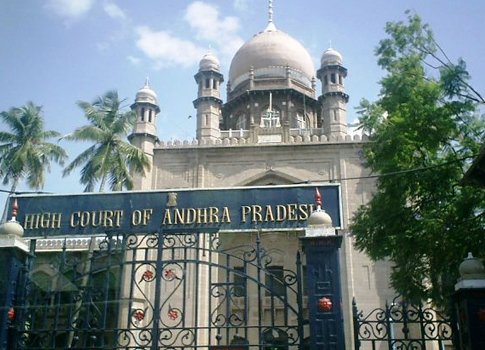 The Andhra Pradesh High Court Bench headed by Chief Justice JK Maheshwari has issued an order restraining the media from reporting on the FIR registered by the state’s Anti Corruption Bureau (ACB) against several people including a former Advocate General (AG) for Andhra Pradesh.

The allegations in the FIR relate to corruption and illegal land transactions during the shifting of the state’s capital to Amaravati. Subsequent to the lodging of the FIR, the former AG approached the High Court seeking a gag order on reportage of the ACB’s action.

It was also contended that an FIR was registered on behalf of the former AG to give “political colour” to the matter. This FIR was published on social media and newspapers, leading to “scandalizing the authority with a mala fide intention, by way of media trial”.

It was prayed that further inquiry may be stayed and no coercive steps be taken against the petitioner and any investigation by the State ought to be made under the strict supervision of a sitting or retired judge of the Andhra Pradesh High Court.

The Court was also asked to prevent publication of the FIR and its content in print, electronic and social media.

Appearing for the state government, Senior Advocate CV Mohan Reddy submitted that since the news has already been published in electronic media, the prayer for the gag order is now rendered infructuous. He also objected to the petitioner’s attempt to implead Chief Minister YS Jaganmohan Reddy in the case.

After hearing the parties, the Court issued notice in the matter and sought replies from the respondents within four weeks. Justice Maheshwari also ordered for a stay on the inquiry and barred the media from reporting on the FIR. According to the order, no coercive steps shall be taken in furtherance to the FIR which has been registered after filing of the writ petition against any of the accused. The Court also stayed any enquiry or investigation in this matter. It further directed that the news in regard to registration of FIR or in the context of the said FIR shall not be made public in any electronic, print or social media, to foist the office of a former Advocate General and also with respect to the other alleged accused persons.

It was further held, “Social media posts shall also not be published and, in this regard, the Director General of Police, A.P., and the Ministry of Information and Broadcasting, Govt. of India, shall take steps to inform the relevant social media platforms/houses in this regard.”