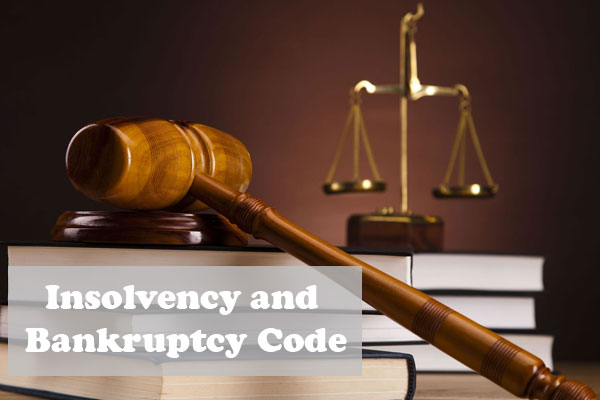 The Union Government has tabled a Bill in the Upper House of the Parliament to suspend the operation of the Insolvency and Bankruptcy Code (IBC) for at least six months from 25 March, replacing an Ordinance promulgated in June.

While presenting the IBC (Second Amendment) Bill 2020 in the Rajya Sabha, Finance Minister Nirmala Sitharaman said that corporate insolvency resolution under the Code has been temporarily suspended to provide relief to companies hit by the Covid-19 pandemic.

The government had sought to suspend invocation of three sections – 7, 8 and 10 — of the IBC for fresh default from March 25. These sections deal with the initiation of the insolvency proceedings by financial and operational creditors and corporate debtors. However, insolvency applications filed for default before March 25 are being entertained.

As per the Bill, the suspension of the code is initially for a period of six months or such further period, not exceeding one year from 25 March, 2020. This provided cushion to the firms grappling with the situation and enable recovery of firms from the financial stress during the pandemic without facing immediate threat of being pushed to insolvency proceedings.

It may be noted that there is no material change in the provisions contained in the Bill compared to the Ordinance. While the Ordinance prohibits insolvency proceedings against the Corporate debtor for defaults occurring during the specified period, it does not disallow such action against the personal guarantor of a corporate debtor.

The suspension of IBC was a measure originally announced by Nirmala Sitharaman on 17 May. While suspension of fresh bankruptcy proceedings came as a breather for many companies, it deprives lenders the opportunity to restructure certain companies which may be beyond redemption. The idea is to save viable firms even if it comes at the cost of keeping unviable ones alive during the period.