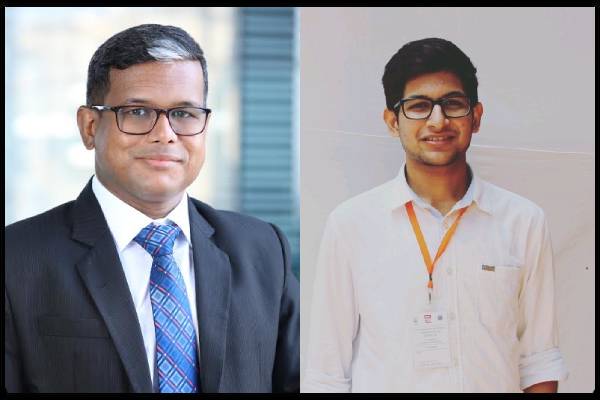 The development of an effective framework or alterations to the current mechanisms to undertake Corporate Debt Restructuring is crucial to revive and safeguard the Indian economy in the ongoing pandemic...

Introduction: The ongoing pandemic has taken a toll on the Indian economy and put the country into unprecedented economic crisis. Even though the exact economic impact of the pandemic is still counting, it is likely to have a major impact on the credit supply and asset quality in the financial market. Due to the sudden demand and supply shock, a lot of companies would be financially stressed, thereby drifting into an insolvency situation. In this prevailing financial environment, Corporate Debt Restructuring ("CDR") mechanism assumes a greater role as liquidation would not be an economically viable option for the creditors. The ongoing recession would suppress the actual value of the assets of a stressed company, thus, liquidation would not fetch the creditors commensurate value of their outstanding facilities. It is also pertinent to note that there would be many companies who may be able to service the debt uninterruptedly if some time is granted with concessions by the creditors thereby avoiding the insolvency and liquidation risks. The Government of India has suspended fresh filings of cases, for the defaults occurring post March 25, 2020, under Insolvency and Bankruptcy Code, 2016 ("IBC") for an interim period. In the backdrop of IBC suspension, this article analyses the frameworks available to undertake CDR until the IBC is resumed.

Corporate Debt Restructuring: CDR is a mechanism by which the financial dues of a stressed company are reorganized to revive the company and increase its liquidity. Typically, CDR mechanism involves mutual negotiations between the creditors (like banks and financial institutions) and the distressed company to restructure and reorganize the existing debt of the company to keep it a going concern and simultaneously avoid default risk.

There are various modes of implementing CDR of a company like:

In India, basis the existing regulations there are three well-known frameworks available through which CDR can be undertaken:

Suspension of IBC &its implications on CDR On June 5, 2020, Ministry of Law and Justice, as a measure to tackle economic distress due to the ongoing pandemic, passed an ordinance1 suspending the initiation of Corporate Insolvency Resolution Process (CIRP) under IBC for a period of six (6) months, which could be extendable upto one year. The suspension is particularly for the fresh filing under IBC in relation to the defaults arising post March 25, 2020. Since its enactment, IBC has become a preferred route among the creditors seeking restructuring of the debtor as it offers various benefits, like time-bound disposal of cases, creditor-controlled process, imposition of moratorium on recovery action by all claimants etc. However, due to the June 2020 ordinance, the route under IBC would not be available to the creditors for any default arising post March 25, 2020. Thus, it would be pertinent to explore other routes available to the creditors and stressed companies seeking debt restructuring during the IBC suspension period.

Scheme under Companies Act, 2013 The Companies Act, 2013 (CA) provides for a scheme of arrangement and compromise2 between a company and its creditors under the purview of the National Company Law Tribunal (NCLT). The CA Scheme can be initiated by an application to the NCLT by the creditors of the company or the company itself. One important aspect of the CA Scheme is that a scheme could only be accepted by the NCLT if it has been approved by at least three-fourth (3/4th) in value of the creditors or creditors in class, in writing. Moreover, once a plan is approved by the NCLT it becomes binding on the company, its shareholders, the creditors and even on the creditors who voted against the scheme. The requirement of holding a meeting and requiring approval of creditors having 3/4th value can be dispensed by the NCLT if creditors or class of creditors, having at least 90% value, agree and confirm, by way of affidavit, to the scheme of compromise or arrangement.

Benefits under the CA Scheme The CA Scheme, even though, a more time consuming process when compared to the IBC, offers certain benefits to the creditors looking to use this route for debt restructuring. Some of the distinct advantages of proceeding under this route are:

Key Issues and Considerations under the CA Scheme Even though the CA Scheme can be a viable alternative, there are certain issues and consideration that the parties must be aware of before opting for this route. Few pertinent of them are discussed below:

An important aspect of the June 7 Framework is that prior to the implementation of a resolution plan the lenders are mandatorily required to enter into an inter-creditor agreement (ICA). Moreover, the decisions under the ICA which are made with the consent of the lenders holding 75% of the value of the total outstanding credit facilities (including fund based and non-fund based) and 60% of total lenders in number are binding on all the lenders. Additionally, the financial institutions are required to implement the resolution plan within an initial period of 180 (one hundred and eighty) days.

RBI has recently eased certain requirements under the June 7 Framework for an interim period through some of the Covid-19 regulatory package introduced between the months of March, 2020 and May, 2020. Some important relief measures taken by RBI, inter-alia, are extension in the initial 180-day timeline to implement the resolution plan and reduction to 10% provisioning. However, the June 7 Framework still needs certain modifications from the RBI to make it an effective and efficient mechanism for timely restructuring of the distressed companies.

The financial instability and limited restructuring options coupled with overburdened judiciary have led the Government to consider implementation of the "Pre-packaged Insolvency Resolution Process"4 or pre-pack. Pre-pack mechanism is process where the creditors and borrowers finalise a restructuring plan and subsequently move to a tribunal to get a formal approval on the pre-negotiated deal. NCLTs are already burdened with cases and economic distress due to the current pandemic is likely to exasperate the current problem due to surge in insolvency related filings before the NCLTs. Pre-pack can be a constructive tool in such times as it makes the entire resolution process swifter due to pre-negotiated resolution plans between the creditors and the borrowers. Additionally, pre-pack would be much more cost effective when compared to the resolution process under other mechanisms. Hence, pre-pack could prove to be an overall effective mechanism provided the Government effectively blends it with the existing resolution frameworks and fills the existing gaps in them.

The suspension of IBC for an interim period leaves only the CA Scheme available with the creditors (as the June 7 Framework is only applicable to certain entities). It could be as viable and effective as the IBC, if the Government comes out with certain amendments to it, like making a provision for imposition of moratorium on any recovery action by the claimants, introduction of the time-line to make the process swifter etc. The aftermath of Covid-19 and lifting of moratorium could possibly see a surge in the default and recovery related actions by the creditors. Furthermore, recovery actions under the current circumstances are adversarial and ineffective for both the creditors as well as the borrowing companies. Hence, the development of an effective framework or alterations to the current mechanisms to undertake CDR is crucial to revive and safeguard the Indian economy.