Dinabandhu Mandal, A Legal Legend who Won Cases as well as Hearts, Passes Away

A third generation renowned lawyer and partner of India's Oldest Law Firm Fox Mandal, Dinabandhu Mandal has passed away. Known as a legend in the legal world, Dinabandhu Mandal is known for handling important cases including acting for Jit Paul at the time of Emergency and then the famous Sanchita Case and NYK zip case among others. In his extensive legal career, he handled several cases... 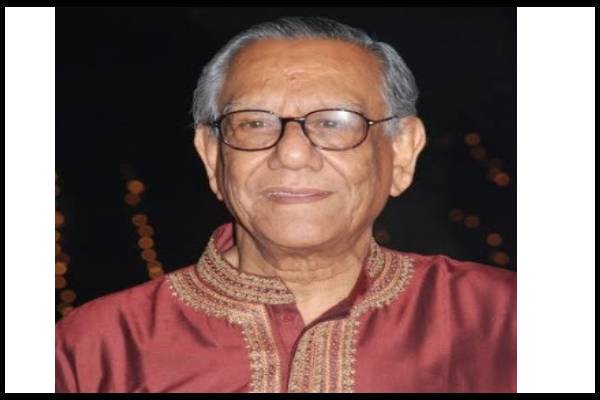 A third generation renowned lawyer and partner of India's Oldest Law Firm Fox Mandal, Dinabandhu Mandal has passed away. Known as a legend in the legal world, Dinabandhu Mandal is known for handling important cases including acting for Jit Paul at the time of Emergency and then the famous Sanchita Case and NYK zip case among others. In his extensive legal career, he handled several cases for Indian Oil Corporation, Coal India, and other public sector undertakings, besides Bank of Tokyo, Okura, Nisho Iwai.

He also assisted in several real estate deals in Bengal and had built a stellar reputation as a prudent real estate legal advisor. He has also advised several international companies vying for their entry into India.

Mr. Som Mandal, Managing Partner of Fox Mandal said, "We are extremely saddened by the passing away of my father and distinguished lawyer Dinabandhu Mandal. He was my idol. It's a great loss to both our firm and the legal fraternity. We pray to the Almighty to bestow eternal peace on the departed soul."

Born in Kolkata on the eve of Christmas in 1931, Dinabandhu Mandal, true to his name, lived his life as a friend of the poor, helping countless needy people as well as budding lawyers. In his early days, he was an active member of NCC and attended RSS shakhas too. Having completed his schooling from Metropolitan Institute and then higher education from the famous Scottish Church College, Kolkata, he passed his LLB from the Calcutta University and then became a Solicitor in 1963.

As a solicitor, he earned respect not only from his clients but also from top barristers and senior advocates throughout the country. He was well known for his extraordinary legal acumen and was always looking for solutions to cases which others had given up. He travelled extensively around the world for his cases and assisted clients in several jurisdictions.

In the year 2013, he completed his 50 years as a Solicitor and was recognised by the Incorporated Law Society Calcutta High Court for his excellent service. He has acted as a Director for several companies in the Tea World and in other industries and contributed immensely for the growth of those companies with his practical solutions and ideas.

He was involved as trustee of Sir Jagdish Chander Bose Trust and actively assisted in several ways for other trusts. He was also a trustee of Dr. Moni Bhaumik Educational Foundation, which was formed by Padmashri recipient physicist Dr. Mani Bhaumik. Apart from helping many young lawyers to grow their practice, he also helped several people in all walks of life whenever they required any support. Recently, he helped to rebuild a temple and a library in a village near Shantineketan.

He is survived by his wife Kabita Mandal who herself is a social worker; three sons and seven grandchildren. All his three sons are distinguished lawyers and partners of Foxmandal. Two of his granddaughters are already practicing law; one in London and the other in India making them the fifth generation of Mandals so, the illustrious legacy continues.