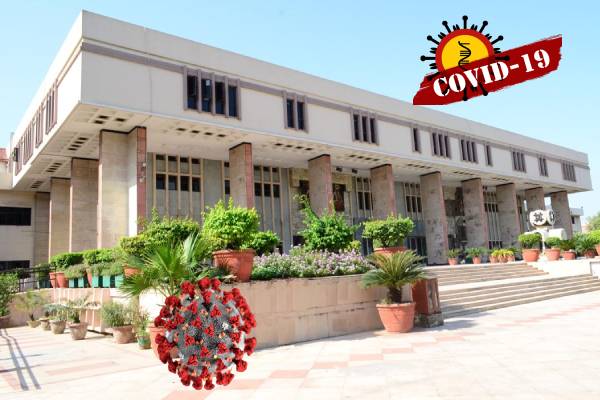 Keeping in view the prevailing circumstances when the Covid-19 cases are on the rise, the Delhi High Court has advised the private labs not to stop home collection of samples.

“The current times are crucial and it’s not acceptable that the private labs stop collection of samples,” it said while hearing a plea filed by advocate Sanjeev Sharma.

The plea highlighted situations where non-Covid patients needing immediate medical procedures required to undergo testing, but that couldn’t be done as the hospitals were prohibited from doing so by the government.

The petitioner argued the private labs had stopped home collection of samples after the Covid-19 tests rates were capped. “I called up some private labs who refused to collect samples from home,” petitioner Rakesh Malhotra submitted.

Responding to it, the Delhi government’s additional standing counsel (ASC) Satyakam said the government had written to private labs about it and several labs clarified that many of them had not stopped the practice.

Following these arguments, the court asked the private labs to approach the Delhi government if they had any grievances.

The Delhi government also informed the court serosurveillance had been initiated and the samples for it would be collected till July 5 and the result would be out within a week.

Serosurveillance is a process of monitoring presence or absence of specific substances in the blood serum of a population.

“Point of care camps have been set up at 167 places. Also, 26 government hospitals have been permitted to undertake the rapid antigen tests. Of these, 20 hospitals have started the tests today (July 2),” Satyakam submitted.

On permission to private hospitals, which are made Covid-19 specific, for conducting the rapid antigen tests, the Delhi government said the Indian Council of Medical Research (ICMR) in a circular said any hospital that wished to conduct this test should approach it. The rapid antigen tests at government dispensaries would be free.

The court has asked the Delhi government and the ICMR to file their responses by way of an affidavit by July 13.

Malhotra had also said the Delhi government was not taking expeditious steps to furnish Covid-19 test reports within a reasonable time of 48 hours or even earlier, and due to that the contact tracing was also getting delayed.