Effectiveness of Insolvency and Bankruptcy Code as solution for NPAs 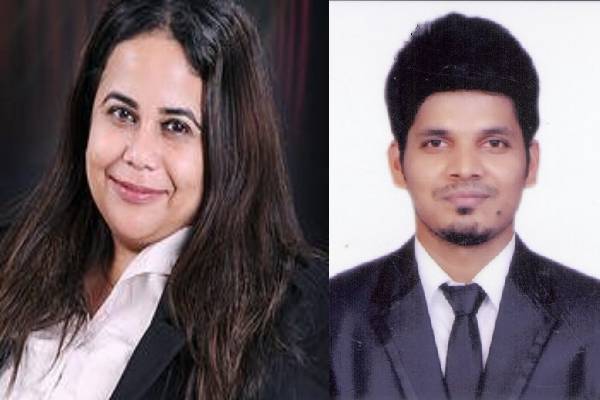 Within a short span of 3 years, the code has proven to be a sustainable solution to the problem of NPAs...

The Indian Banking sector is going through a hard time due to various reasons, including but not limited to an increase in Gross Non-Performing Assets (GNPA), loan frauds/corruption in some cases, economic slowdown etc. Rise in NPAs is a major concern for banks as it reduces the profit of banks and restricts their loan providing ability by way of provisioning. The rise in NPAs can be attributed to aggressive lending practices by banks and willful default by borrowers i.e., lack of willingness to repay. Another reason can also be borrowers' lack of ability to repay loans; however this reason is less prevalent than willful default. Post 1991, various measures were taken to solve the problem of NPAs which include legal reforms; introduction of Asset Reconstruction Companies (ARCs); and various kinds of NPA restructuring schemes such as corporate debt restructuring, strategic debt restructuring, schemes for sustainable structuring of stressed Assets (S4A) etc. The legal reforms include setting up of Debt Recovery Tribunals to speed up resolution of NPA cases, enactment of SARFAESI (Securitisation and Reconstruction of Financial Assets and Enforcement of Security Interest) Act, 2002. However, these reforms could not realize the objective effectively and also took a substantial amount of time. Therefore, it required a more modern, sophisticated and robust resolution framework.

Resolution of stressed assets (NPAs and restructured assets) requiresa coordinated approach of the government, the Central Bank (RBI), and the lending bank itself. In 2016, with this objective, the Insolvency Bankruptcy Code (hereinafter "the code") was enacted which seeks to achieve resolution of distressed corporate debtors (CDs). It also facilitates liquidation in a time-bound manner under the supervision of the National Company Law Tribunal (NCLT) if there is no resolution. The enactment of the codeis considered as a second-generation economic reform. In thefirst-generation economic reform, India allowed liberal entry of firms in the market whereas in the second-generation economic reform through the code, India allows smoother exit of inefficient firms from the market.

Implementation of the Code so far

The code has set up a robust ecosystem in a short span of 3 years, where debtors and creditors are initiating the resolution process under the provision of this code. In June 2017, the RBI issued a circular for quick recovery and settlement of stressed assets for twelve of its largest defaulters. In the circular, it was mandatory to bring the resolution plan for these defaulters within 180 days. Bhushan Steel was the first company which emerged successful under the 2016 code. In this case, Tata Steel bought Bhushan Steel and repaid INR 35200 crore out of INR 56,079 crore to its financial creditors, albeit with a 35% haircut. But this successful resolution was historic in nature from the perspective of the amount recovered.

There is no denying that gross NPAs of Scheduled Commercial Banks (SCBs) have been increasing continuously for the reason stated above. As per RBI data, the gross NPAs stood at INR 3,23,464 crores as on March 31, 2015 and increased to an over INR 10.36 lakh crores figure by the end of 2017-18 fiscal on March 31. However, there is some respite in the last financial year as Gross NPAs of SCBs, which stood at INR 10,36,187 crores on March 31, 2018, declined by INR 97, 996 crores to INR 9,38,191 crores as on June 30, 2019. This reduction in the gross NPAs is certainly attributed to efficient and time bound resolution process under the Code. Quarterly trends of cases initiated for resolution under the code have been increasing from 330 cases in April-June, 2019 to 562 cases in October to December 2019. As on end December 2019, INR 1.58 lakh crore was realized in cases resolved. The realization under the code has been certainly higher i.e. an average of 43% to lenders than the previous regime which was 23%. And also average time taken under the code is 330 days in contrast to this the average time taken for resolution under previous regime which was 4.3 years. Therefore, the enactment of the code has been instrumental in the recovery of NPAs.

As said above, recovery under the code is far more than recovery under the earlier regime, yet there are some challenges which are yet to be resolved. The biggest concern is that as per the IBBI data, over half of the cases closed under corporate insolvency resolution plan ended up in liquidation and only 14.93 per cent ended with a resolution plan approved. This data somewhere shows that this new system is running away from its intended purpose. The other challenge is that the largest NPAs are not yet resolved. Entire NPA in the resolution plan is not recovered, there is always some haircut. So far the success of resolution under this new system has been achieved in only selected sectors such as steel.

There is a need for differential treatment in handling the amount of NPAs. For example, higher NPAs should be resolved differently than the lower ones. It is high time to implement the recommendations of the Sunil Mehta Committee, which classified NPAs into three categories which should be handled separately either by asset management companies if the NPA amount is higher or by bank-led resolution if the NPAs' amount is lower. Also, the time limit to bring the resolution plan should be proportionate to the amount of NPAs.

It is hard to tangibly decide the impact of anefficient resolution process under the code. The direct measures fail to account for the enabling and preventive role played by the code so far. However, within a short span of 3 years, the codehas proven to be a sustainable solution to the problem of NPAs and the Government and RBI in consultation with stake holders must resolve any concern arising in the current scheme, either by way of regulation or circulars etc.

Mini Raman is a corporate and transaction lawyer with 20 years of experience in m& a, private equity, and venture capital transactions and in general corporate and commercial law. She has represented both investors and the promoters in different instances. She has also represented clients in different industrial sectors such as e-commerce, IT, facilities services, telecom, hospitals, retail etc. She regularly provides expert advice on setting up of businesses and investing into India. She has advised on various funds and companies regularly on complex issues in Indian corporate, commercial and transaction law. Mini holds a bachelor of law degree (LLB) from the University of Pune and a master degree in law (LLM) from the University of London. She is a member of the Bar Council of Maharashtra & Goa.

Manish Aryan is also a registered patent agent & has significant experience handling patent cases, ranging from patent prosecution (in India and the United States) to drafting oppositions, preparing and filing appeals before the Intellectual Property Appellate Board and advising clients on critical legal issues pertaining to IP matters.