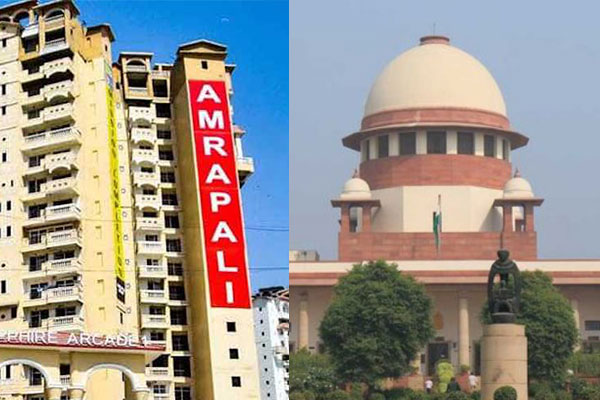 The SBI Caps has informed the Supreme Court that a final proposal for releasing of funds for the unfinished Amrapali projects could be finalised in three weeks.

A bench, headed by Justice Arun Mishra, directed the SBI Caps and the Court-appointed receiver for the Amrapali projects, to finalise the proposal and file it before the court before August 4.

Advocate Kumar Mihir, representing the home buyers, said the SBI Caps informed the Supreme Court about the progress in deliberations with the court receiver and stated that they are working with NBCC on fixed price and fixed time contracts and on ring fencing their fund with payment obligations and that in order to finalise their proposal, they needed three more weeks.

As the Delhi Police’s Economic Offences Wing had filed an application seeking clarification regarding certain FIRs registered in Noida and sought to know which agency had jurisdiction to investigate, the top court directed consolidation of all the FIRs and directed the ED to investigate all FIRs against the Amrapali Group.

The Supreme Court also asked the home buyers to pay their dues in terms of payment schedule made by NBCC. The Court also directed CMDs of all banks to give their proposal for disbursement of loans/restructuring of default loan accounts and granting fresh loans to home buyers as per the earlier orders to the court receiver. DHFL also informed the court that out of 400 loan accounts, they were ready to disburse 311 loans and 89 balance were under default and they needed some time to clear them. The Court granted four weeks to DHFL to clear the dispute regarding these 89 loan accounts as well.

The Court receiver informed the Court that NBCC has prepared a detailed project execution scheme and fund flow report and the home buyers may be directed to pay their dues as per this scheme only which will be uploaded on the blog in a few days. “The Court agreed and accordingly ordered that the home buyers are required to pay as per this project execution scheme and fund flow report of NBCC which will be made available in a few days,” added Mihir.