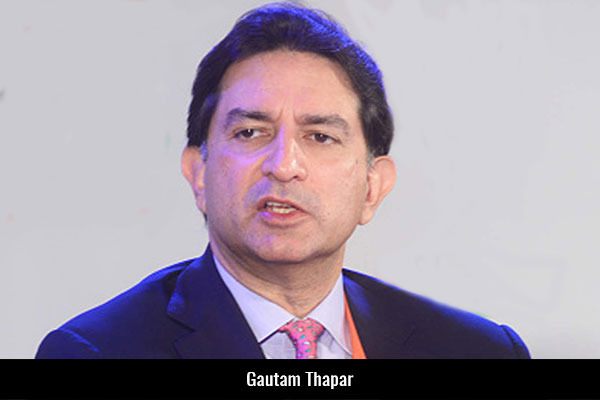 Former CG Power Industrial Solutions' non-executive chairman Gautam Thapar has submitted documents to the Ministry of Corporate Affairs (MHA) which state that regular board approvals were received for various inter-corporate loans, in order to refute allegations of fund misuse.

Thapar, who was sacked on August 30, has provided documents on various issues, including inter-corporate loans, minutes of board meetings and loans from lenders like Standard Chartered Singapore and Yes Bank.

It may be recalled that CG ‘s Power board had sacked Thapar after an audit report by Vaish Associates had claimed that Thapar swindled Rs 3,000 crore from the company.

Earlier, the Securities & Exchange Tribunal of India (SEBI) had banned Thapar and entities associated with him for three years, after which he moved the Securities Appellate Tribunal (SAT), which directed the company to provide relevant documents to him.

The Serious Fraud Investigation Office (SFIO) has also started a probe against CG Power and 15 group entities. The ministry has moved NCLT Mumbai seeking to restate the books of accounts of CG Power from FY16 and an order is expected shortly.

Later, the company, in turn, paid back the entire amount to StanChart Singapore, thus making the account standard, the documents show.

Refuting a major allegation that funds moved in and out of CG Power and group entities, Thapar has claimed that such a route was taken based on suggestions from lenders, when CG Power faced liquidity issues.

Similarly, Aditya Birla Finance and Yes Bank allowed CG Power to get funds between 2016 and 2019 in a similar manner as StanChart did in 2018, the documents showed.

Going by the documents, the company's risk and audit committee at its meeting held on 26 May, 2017 gave an "omnibus approval for entering into transactions with related parties for throughout FY18". Similar omnibus approvals were sought for and were granted for FY19 as well.

Further, Thapar has submitted that the board approved a proposal from CG India on 28 September, 2018 for a fixed deposit of Rs 229 crore as part of a credit line from IndusInd Bank. This deposit was a surety for part payments owed to Avantha towards brand royalty which the board approved, according to the documents.

“This clearly shows that Rs 229 crore was not an additional advance to Avantha but a refund of a conditional deposit made by Avantha to CG which had to be refunded in the event of conditions not being met,” the document said.

Regarding allegations that CG Power made out-of-turn advances to group entity Mirabelle Trading since 2013 when CG Power was entering Southeast Asia, Thapar stated that the board approved an advance payment of USD 20.15 million to Mirabelle towards service charges.