It is highly improbable that Indian Companies having business interruption insurance will be able to get any benefit under the policy on account of business interruption due to COVID-19 or lockdown order...The countrywide lockdown by the Government of Indiain exercise of power under the Disaster Management Act, 2005, as a preventive measurefor containment of COVID-19, has brought... 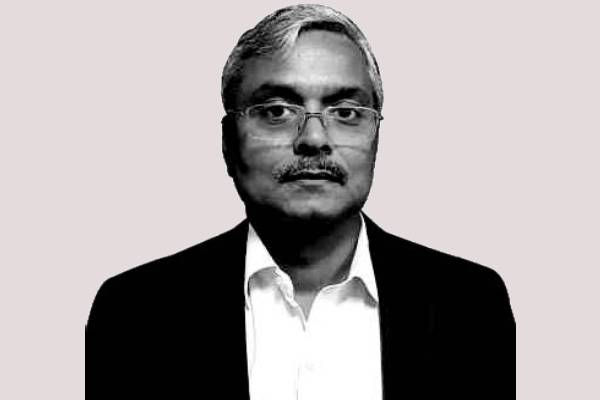 The countrywide lockdown by the Government of Indiain exercise of power under the Disaster Management Act, 2005, as a preventive measurefor containment of COVID-19, has brought great uncertainty in the corporate sector. That on account of the pandemic, we all are placed in uncomfortable circumstances having devastating effect on the economy, social, human and political. The corporate houses are finding it difficult to remain in the market and a lot of deliberationis going on in the sector to mitigate the loss/damage and also regarding the maintainability of insurance claim on account of business interruption due to enforcement of lockdown by the Government.  The corporatesaretrying to circle their claim for loss of profit on account of business interruption by putting arguments that 'loss of Profit' / 'consequential loss' / 'business interruption' is due to Govt. order of lockdown.

One has to keep in mind that in India, business interruption cover can be obtained only in conjunction with Fire Insurance as part of insurance package such as Industrial All –Risk Insurance Policy which covers both property damage and business interruption or by incorporating the same in the Fire Policy/ Industrial All Risk Policy/Machinery policy/Boiler Policy/Machinery Breakdown Policy/ ElectricalBreakdown Policy etc.The assets of industrial manufacturing units and / or the business are exposed to various perils like Fire, Flood, Riots, Burglary, Electrical / Mechanical Breakdown, the explosion of Boilers etc. The damage due to these perils leads to stoppage of production and also resultsin loss of profit in addition to repair or replacement cost of the affected machinery. Whenever any loss incurred due toinsured perils to an insured business establishment or property or machinery, the insurance policies compensate for the loss of property. However, when a property is damaged, the affected industry may not be able to carry out business, but the industry or the corporate still has to pay salaries, rent and incur other operational charges, all these losses are covered under business interruptioninsurance. The insurance policy clearly provides that what is payable is the loss resulting from business interference or interruption in consequence of the damage to the property etc., due to the peril insured such asFire, Cyclone, Flood, Typhoon, Electrical/Mechanical Breakdown, Riots etc. Business interruption insurance provides covers for loss of income during periods when the insured cannot carry out business as usual due to damage caused by specific set of insured perils specifically mentioned in the insurance policy. Hence, if a claim is triggered on property damage only then business interruption insurance cover triggered, which is absent in the present circumstances due to COVID 19.

The terms of the policy are worded and approved by Tariff Advisory Committee (TAC) setup under Section 64 U of the Insurance Act,1938 and it is settled law that the Court while dealing with the claim under business interruption insurance cannot rewrite or create a new contract, it will simply apply the terms and conditions as they are.  The insurance policy has to be construed as having reference only to the stipulations contained in it and no artificial far-fetched meaning could be given to the words appearing in it. In the case of General Assurance Society Ltd. Vs. Chandmull Jain- [1966] 3 SCR 500, the Hon'ble Supreme Court held as under:-

17."...In interpreting documents relating to a contract of insurance,  the duty of the court is to interpret the words in which the contract is expressed by the parties, because it is not for the court to make a new contract, however reasonable, if the parties have not made it themselves."

"6. ...The terms of the policy have to be construed as it is and we cannot add or subtract something: Howsoever liberally we may construe the policy but we cannot take liberalism to the extent of substituting the words which are not intended.

14. Therefore, it is settled law that the terms of the contract has to be strictly read and natural meaning be given to it. No outside aid should be sought unless the meaning is ambiguous."

If we examine the wording of certain insurance policy like 'Industrial All Risk Insurance Policy' and 'Consequential Loss ( Fire ) Policy'the kind of loss which is insured in the policy is "consequential    loss"/ " Business interruption" . In  Industrial All Risks Insurance Policy it is stated  that - the Insurers agree that if during the period of insurance, the business carried on by the insured at all the premises specified & listed in the Schedule is interrupted or interfered with in consequence of loss destruction or damage indemnifiable under Section-I, then the  Insurers shall indemnify the Insured for the amount of the loss as hereinafter defined from such interruption or interference provided that the liability of the Insurers in no case exceeds the total sum insured or such other sum as may hereinafter be substituted therefor by Endorsement signed by or on behalf of the insurers.

Similarly, the main clause providing for the insurance under Consequential Loss (Fire) Insurance states that - the company agrees, subject to the Special Conditions and Exclusion contained herein and endorsed or otherwise expressed herein or endorsed or otherwise expressed hereon and also to the conditions and exclusions contained in the Fire Policy covering the interest of the insured in the property at the premises.That if any building or other property or any part thereof used by the Insured at the premises for the purpose of Business, be destroyed or damaged by the perils covered under the Fire Policy, and the business carried on by the insured at the premises be in consequence then of interrupted or interfered with, then the Company will pay to the insured in respect of each item in the schedule hereto the amount of the loss resulting from such interruption or interference in accordance of the Provisions contained herein .

The careful reading of the clause would show that the wordings used in the clause providing the liability of the insurer is towards the 'business interruption' in consequence of the damage by the perils covered and/or loss resulting from such interruption or interference. The use of the wordings ' in consequence' or ' loss resulting from' indicates that the kind of the loss payable under the insurance is the consequential loss which is on account of the damage or destruction to the property or any part at the premises for the purpose of the business by the perils covered. The consequential loss is thus to have same realistic nexus with the business interruption. The said loss has to have proximately related and/or in real likelihood to be suffered by the insured.Thus the expression 'in consequence of' or 'resulting from' has to be interpreted as direct consequence of the peril as against the remote one. Accordingly, the loss of profit which has the direct nexus with the peril insured would be recoverable under the policy as against any other loss.Even under landlord insurance the loss of rental income is covered, if the property becomes uninhabitable due (a damage to the structure of the property and /or contents of the property) to reasons mentioned in the Policy documents not otherwise.

In the case of United India Insurance Co. Ltd Vs. KantikaColour Lab – (2010) 6 SCC 449 the Hon'ble Supreme Court of India held as under:-

"19.Contracts of insurance are generally in the nature of contracts of indemnity. Except in the case of contract of life Insurance, Personal accident and Sickness or contracts of insurance contingency insurance, all other contracts of insurance entitle the assured for the reimbursement of actual loss that is proved to have been suffered by him. The happening of the event against which insurance cover has been taken does not by itself entitle the assured to claim the amount stipulated in the policy. It is only upon proof of the actual loss, that the assured can claim reimbursement of the loss to the extent it is established, not exceeding the amount stipulated in the contract  of insurance which signifies the outer limit of the insurance Company'sliability. The amount mentioned in the policy does not signify that the insurance company guarantees payment of the said amount regardless of the actual loss suffered by the insured. The law on the subject in this country is no different from that prevalent in England ; which has been summed up in Halsbury Laws of England- 4th Edition in the following words:-

"The happening of the event does not of itself entitle the assured to payment of the sum stipulated in the policy, the event must, in fact , result in a pecuniary loss to the assured, who then becomes, entitled to be indemnified subject to the limitations of his contract. He cannot recover more than the sum insured for that sum is all that he has stipulated for by his premiums and it fixes the maximum liability of the insurers. Even within that limit, however, he cannot recover more than what he establishes to be the actual amount of his loss. The contract  being one of indemnity, only he can recover the actual amount of his loss and no more, whatever may have been his estimate of what his loss would be likely to be, and whatever the premium he may have paid calculated on the basis of that estimate."  Thus, the fundamental rule governing the claim on account of business interruption is that the loss payable under the insurance is one which is proximate cause of the insured perils. In other words, the loss has to be direct consequence of the peril insured and not the remote one. Thus for securing business interruption claim without actual tangible physical damage under the insurance policy remains an uphill battle and  it is highly improbable that the Indian Companies having business interruption insurance will be able to get any benefit under the policy on account ofbusiness interruption due to COVID-19 or lockdown order. That on 21.04.2020, the General Insurance Council has also issued a public advisory that the losses due to COVID-19 / business interruption on account of lockdown are not payable and a claim under loss of profit (LOP) / business interruption (BI) will be triggered only if the claim under the material damage section is admissible.