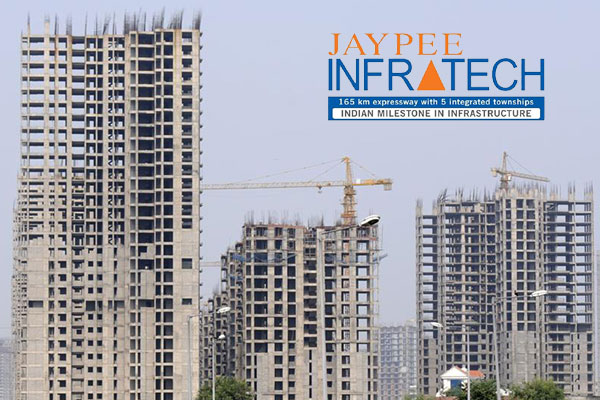 As the over 20,000 distressed home buyers of Jaypee Infratech (JIL) saw a light at the end of the tunnel after the NBCC’s bid to take over JIL was approved by the Committee of Creditors (CoC), the long-stretched battle has yet again hit a legal hurdle since Jaypee Associates, the promoter group of JIL, has sought back the Rs. 750 crore it had submitted in the Supreme Court.

JAL now wants back the money which the state-run construction major NBCC is opposing as it says the amount is an integral part of its resolution plan for acquisition and completion of the projects of JIL.

The Principal bench of NCLT in Delhi is hearing the matter since January 22, 2020 and the hearing would continue till January 24, 2020.

Both the bidders, NBCC and Mumbai-based Suraksha Realty, had included the Rs. 750 crore in their resolution plans.

Officials with NBCC are however, hopeful that JAL would not be able to take back the submitted amount and in case of any adverse verdict, the Board would take a decision, they added.

Most of the home buyers too are in favour of the amount being used for the construction of JIL’s incomplete projects.

Last month, in a major breakthrough NBCC’s resolution plan received 97.36% votes of the Committee of Creditors (CoC), with majority of the home buyers and the major banks voting in favour of the bid. NBCC’s plan received overwhelming support against the required 66 per cent votes for approval. The other bidder in the fray, Suraksha Realty, received 2.12% votes.

This was the third time that the bids of both the companies have been put to vote. The Supreme Court had, on November 6, 2019 ordered completion of the JIL insolvency resolution process (IRP) within 90 days and said only the resolution plans of the NBCC and the Suraksha would be considered by the CoC for completing pending projects.

NBCC, in its bid offered, over 1,500 acres of land to lenders as against its earlier proposal of 1,426 acres. The lenders had asked NBCC, formerly known as National Buildings Construction Corporation Ltd, to offer 1,903 acres.

In another move to sweeten its bid, reversing its offer on the unsold inventory, the NBCC decided to keep the unsold units of JIL with itself and monetise them on its own, rather than leaving it to the bankers.

Earlier the NBCC had offered to transfer JIL’s unsold residential inventory to lenders at Rs 1,700 crore, before revising it to Rs 1,300 crore.

Both the home buyers and NBCC now are waiting for the approval from the NCLT for the NBCC’s bid, which would be a major move towards the delivery of apartments to over 20,000 home buyers who have waited for their dream homes for over a decade.