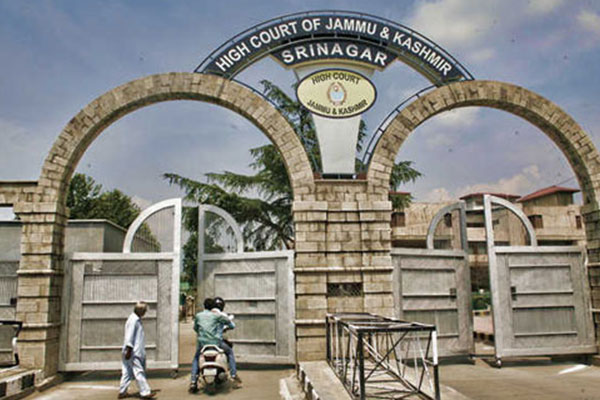 A division Bench of the High Court of Jammu and Kashmir comprising Chief Justice Gita Mittal and Justice Rajnesh Oswal, while hearing a PIL pertaining to COVID-19 has issued a series of directions to the government and its departments.

The entire proceedings in the matter were conducted through video conferencing and video calls.

The division bench directed Department of Health and Medical Education to make available adequate equipment for the use of healthcare personnel and all other personnel involved in any aspect of COVID-19 issue.

The court also directed the department to file a report on procurement of more equipment as also creation of isolation wards, sample collection, processing and screening areas as per established protocols keeping in view anticipated future needs.

Secretary, Health and Medical Education, was directed to put out a protocol, so that pregnant women are informed as to how they have to proceed for seeking medical assistance and vaccination in the present times.

On being apprised by one of the advocates that there is deficiency in the availability of testing kits and ventilators in Srinagar as well as the information that an offer of supply of six ventilators made by a NGO to GMC, Srinagar was refused by the authorities, the bench directed Secretary, Health and Medical Education Department to file a report in the matter and to ascertain the circumstances in which the offer of the NGO was refused.

A report pertaining to release of prisoners in the wake of outbreak of coronavirus was also reviewed by the court.

Director General Prisons apprised the bench that as on April 7, 22 PSA detenues, 32 Under trials, 9 Under trail prisoners falling under Section 107, 109, 151 CrPC have been released and sanction for parole has been granted to 19 prisoners and two prisoners have already been released.

On the issue of impending ‘Darbar move’ and to take considered opinion as to whether any direction with respect to its postponement till COVID-19 infection is brought under full control can be passed or not, the bench directed Secretary GAD, Secretary Finance Department, DGP, Secretary Estate Department, Secretary Transport Department, IGP (Traffic), ADG (Security), and Registrar General High Court of J&K to file separate reports.

To ensure e-Connectivity of courts and to make available all the e-facilities to all the courts of UTs of Jammu & Kashmir and Ladakh, BSNL and NIC were directed by the court to work in tandem and to file a joint action taken report in the court.