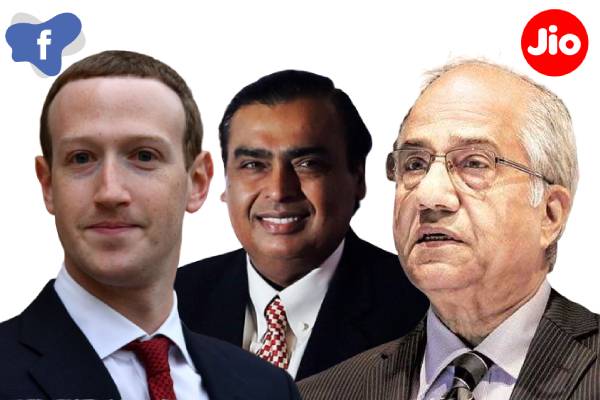 Recently Facebook invested $5.7 billion in Reliance Jio for a 9.99% stake. However, Justice BN Srikrishna who is considered to be the Chief Architect of the Personal Data Protection has raised concerns over the lack of a data regulator to oversee privacy concerns emerging from Reliance Jio-Facebook deal.

According to Justice Srikrishna, such a data deal happened precisely because there is no data privacy law. Raising concern over the long-term strategy of the deal, Justice BN Srikrishna said, that the investment by Facebook in Reliance Jio is a strategic investment which means that it is an investment intended to further the business interest of the investee as well as the investor.

The concerns being raised around data privacy also emanates from the current policy stand point of the company. The privacy policy on Jio’s website states, “We do not sell or rent personal information to any third party entities”, but it also states certain exceptions. The policy says it limits the disclosure of personal information such as name, phone number, address, photographs and proof of identity documents such as PAN Card, Passport etc., in certain circumstances which includes scenario such as mergers or acquisitions that affects the company and also to its partners.

Quite likely, the Jio-Facebook deal could place Facebook in the category of ‘Partner’. According to the privacy policy of Jio, exceptions to sharing with ‘Partners’ include vendors, consultants, contractors and companies or affiliates who provide a host of services including contact information verification, payment processing, customer service, website hosting, data analysis, infrastructure provision, IT services, and other similar services.

Justice Srikrishna also pointed out that Jio-Facebook deal raises two important issues. First, competition law, and the second is data protection. He further pointed out that the Competition Law in India ensures that there is a regulator who, will investigate facts, will look into various aspects of the deal if the due process of law is followed. According to Justice Srikrishna with respect to data, “Without the Personal Data Protection (PDP) Act coming into force, where is the regulator?” While speaking at a webinar hosted by Daksha fellowship on Data Governance and Democratic Ethos, he also added, “Data regulation becomes a big issue there, because of absence of regulator. And the regulator is not there because there is no law in place.”