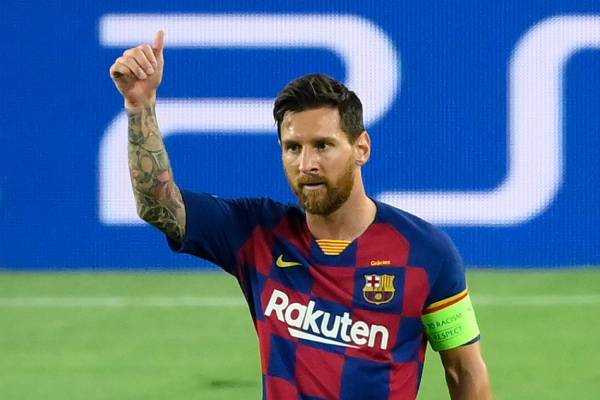 Lionel Messi has won legal battle with Spanish cycling brand Massi and he is now free to trademark his surname.

Spanish Cycling clothing brand Massi took the Barcelona legend to court stating that if Messi trademarked his surname, it would affect their own business and they may lose their customers. The Spanish brand Massi claimed that the player's brand would cause confusion.

Messi first filed an application with the EU property office to register his trademark in 2011. The logo consists of an emblem with an M, with the name Messi underneath. The player intended to trademark his surname as sportswear, footwear and equipment brand despite opposition from the owners of Massi as it would cause confusion to customers.

This complaint was upheld by the EU property office in 2013. The following year, an appeal filed by Messi was dismissed. In 2018, an appeal was made to the EU's General Court. This appeal led to the original ruling being annulled.

This annulment was challenged in the EU's Court of Justice in Luxembourg by the clothing brand and EUIPO. The Court dismissed the appeal against the annulment and said that the EU's General Court was correct in holding that Messi's reputation was a relevant and important factor in establishing a difference between the player's brand and the cycling company.

The court also noted that the name Messi is the last name of a world-famous football player, and a celebrity has the right to register his products in his own name.