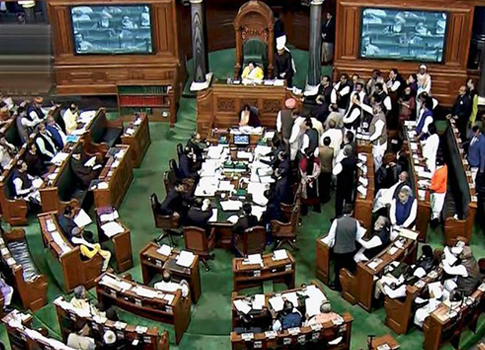 The Lok Sabha has passed a Bill which enables setting up of an authority to develop and regulate the financial services market at International Financial Services Centres (IFSCs) in India amid various objections raised by the opposition.

The Bill, introduced in the Lok Sabha on November 25, was earlier withdrawn from the Rajya Sabha because being a Finance Bill it was meant to be tabled only in the Lok Sabha. It had received the Cabinet clearance in February.

The IFSCA members will include the Chairperson, one member each to be nominated by the Reserve Bank of India (RBI), the Securities and Exchange Board of India (SEBI), the Insurance Regulatory and Development Authority of India (IRDAI), and the Pension Fund Regulatory and Development Authority (PFRDA); two from among officials of the Ministry of Finance, and two to be appointed on the recommendation of a Search Committee.

Members will have three-year term, subject to reappointment.

The IFSCA will regulate financial products (such as securities, deposits or contracts of insurance), financial services, and financial institutions which have been approved by any appropriate regulator (such as the RBI or the SEBI), in an IFSC.

It will follow all processes that are applicable to such financial products, financial services and financial institutions under their respective laws. The appropriate regulators are listed in a Schedule to the Bill, and include the RBI, the SEBI, the IRDAI and the PFRDA.

The central government could amend this schedule through a notification.

As per the bill an IFSCs Authority Fund will be set up and the items credited to the fund will include all grants, fees and charges received by the IFSCA, and all sums received from various sources, as decided by the central government.

The Fund will be used for salaries, allowances and other remuneration of members and employees, and expenses incurred by the IFSCA.

As per the Bill, all transactions of financial services in IFSCs will be in such foreign currency as specified by the authority, in consultation with the central government.