NAFED vs. Alimenta SA: Too much noise on applying the law of the land 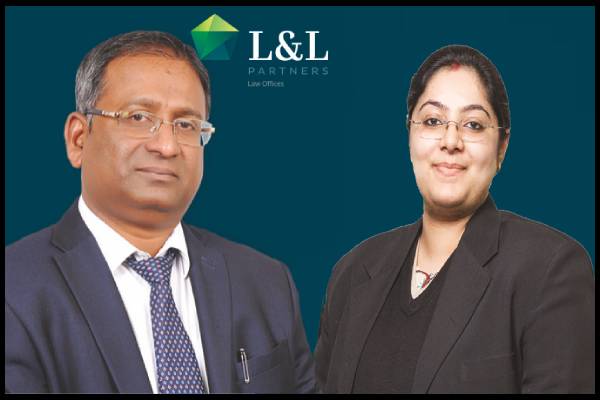 The Supreme Court has applied the present law of the land for setting aside the Arbitral Award, which does not seem to be hit by its earlier precedents...

The Public Policy of India, as we know, finds its roots in the judgment of Renusagar Power Co. Ltd. vs. General Electric Co1., wherein the Hon'ble Supreme Court, while dealing with the provisions of the Arbitration Act, 1940, had held that the enforcement of foreign award is to be refused on the grounds of being contrary to public policy and its enforcement being contrary to the (i) fundamental policy of India; or (ii) the interests of India; or (iii) justice or morality.

Subsequent, thereto the Arbitration and Conciliation Act, 1996 (the Act) was enacted, which provided the grounds of challenge under Section 34 of the Act. The provision provided for grounds of Objections, viz., the party was under some incapacity; arbitration agreement is not valid; no proper notice for appointment of arbitrator; disputes not contemplated within the terms of submission of arbitration; composition of agreement not in accordance with the agreement, dispute not capable of settlement by way of arbitration or the same is against the Public Policy of India.

Post which came the judgment of Oil and Natural Gas Corporation Limited vs. Saw Pipes Ltd

However, the Law Commission of India in its 246th Report, in August 2014, found it relevant and proposed to add the interpretation of the term "Public Policy of India" to Section 34. It recommended that by furnishing an explanation to the said term, by stating that only where making of award was induced or affected by fraud or corruption, or it is in contravention with the fundamental policy of Indian law or is in conflict with the most basic notions of morality or justice, the award shall be treated as one against the public policy of India, it would create a proper contour for challenges to fall under the ambit of Section 34 of the Act.

In the interregnum came the judgment of ONGC Ltd. vs. Western Geco International Ltd3, wherein the Court enhanced the interpretation given in the Saw Pipes case (Supra) and observed that "fundamental policy of Indian Law" consists of "duty (of the tribunal) to adopt a judicial approach", "adhering to the principles of natural justice (by the tribunal)" and that the decision of such tribunal must not be "perverse or so irrational that no reasonable person would have arrived at the same".

Post which came the judgment of Associate Builders vs. Delhi Development Authority4 wherein the Supreme Court also clarified the scope of interpretation of most basic notions of morality and justice, and observed that an award could be set aside under the ground of justice when the "award" would be such that it would shock the conscience of the Court.

However, the Supreme Court, when trying to apply the same in a recent judgment of NAFED vs. Alimenta SA5, has faced much noise over nothing.

In this case, NAFED and Alimenta S.A. entered into a contract for the supply of groundnuts. Clause 11 of the Agreement provided that terms and conditions would be as per FOSFA (Federation of Oil, Seeds and Fats Associations Ltd., London). NAFED was a canalizing agency for the Government of India for the exports of the commodity and therefore for any export, to be carried forward to next year from the previous year, NAFED required the express permission and consent of the Government of India. Out of the contracted quantity, only a small portion of groundnut could be shipped. The remaining quantity could not be shipped due to damage caused to the crop by cyclone etc. in the Saurashtra region. The transaction was governed by covenants such as Force Majeure and Prohibition contained in Clause 14 of the Agreement, whereby in case of prohibition of export by executive order or by law, the agreement would be treated as cancelled. In 1980, the second Addendum to the first Agreement came to be executed between the parties for supply of balance goods. It is relevant to note that NAFED was permitted by the Government of India to enter into exports for three years between 1977-80, but it had no permission under the Export Control Order to carry forward the exports for the season 1979-80 to the year 1980-81. At the time of execution of the Addendum, NAFED claimed it was unaware of the said situation of not having the requisite authority to enter into the Addendum. Being a Canalizing agency for the Government of India, NAFED could not carry forward the supply for the subsequent year. NAFED approached the Government of India to grant permission. The Ministry of Agriculture, Government of India directed NAFED not to ship any leftover quantities from theprevious years.

Pursuant thereto, Alimenta initiated arbitration proceedings before FOSFA and asked NAFED to appoint an Arbitrator within 21 days. NAFED obtained a stay order from the Delhi High Court on the ongoing arbitration proceedings. However, FOSFA appointed an Arbitrator on behalf of the NAFED in 1981. Similar prohibitory order was also passed by the Supreme Court, but FOSFA took a stand during the arbitration proceedings that Courts in India had no power to act in the matter, nor to stay the arbitration. FOSFA passed an award in 1989 by which NAFED was directed to pay a sum of USD 4,681,000. Being aggrieved by the award, NAFED filed an appeal before the Board of Appeal in 1990. The Board of Appeal while deciding the appeal compounded NAFED's issues by enhancing the award. Alimenta filed a suit before the Delhi High Court seeking enforcement of the initial as well as appellate award passed by the FOSFA and Board of Appeal.

NAFED objected to the enforceability of the award, on the grounds of public policy; secondly, that there was non-compliance with the provisions contained in Section 7(1)(a), (b), and (c) of the Foreign Awards Act; thirdly, no notice under Section 101 of the Multi State Cooperative Societies Act was given; and fourthly, that the execution was barred by limitation. It ought to have been filed within 30 days because of Article 119 of Schedule I of the Limitation Act, 1963, and the period of three years was not available to seek its enforcement.

The High Court held the award enforceable and non-violative of public policy of India. All the other questions raised by NAFED qua procedural flaws and limitation were decided against it. The said order of Delhi High Court was challenged before the Supreme Court.

The Supreme Court observed that the matter is such which pertains to the fundamental policy of India and parties were aware of it and contracted that in such an exigency as provided in Clause 14, the Agreement shall be cancelled for the supply which could not be made. It became void under Section 32 of the Indian Contract Act, 1872 on happening of contingency, i.e. when the Government of India did not permit NAFED to contract between the year 1979-1981. This is evident from para 57 of the judgment which reads as follow:

"It would have been unlawful for NAFED to affect the supply in view of the Government's refusal to accord the permission, and both the parties knew it very well and agreed that the contract would be cancelled in such an exigency for non-supply in quantity. Thus, they were bound by the agreement. The award pre-supposes supply could have been made after the Government's refusal. If supply had been made, it would have been unlawful. Thus, the parties agreed for its cancellation as such an award is against the basic law and public policy as applied in India."

The Supreme Court opined that the award could not be said to be enforceable, given the provisions contained in Section 7(1)(b)(ii) of the Foreign Awards Act. As per the test laid down in Renusagar, its enforcement would be against the fundamental policy of Indian Law and the basic concept of justice. Thus, the Supreme Court concluded that the High Court committed an error and award was held unenforceable.

Thus, it would be against the fundamental public policy of India to enforce such an award, any supply made then would contravene the public policy of India relating to export for which permission of the Government of India was necessary. This fact is also evident from a reading of the provisions of Section 34(2A), which also provides that if Arbitral Award other than international commercial arbitration can also be set aside on ground the patently illegality on the face of Award.

As such the setting aside of the Award cannot in any manner be said to be bad in law. The Hon'ble Supreme Court has applied the provisions of the Act in extenso while coming to such a conclusion. The Supreme Court has applied the present law of the land for setting aside the Award, which does not seem to be hit by its earlier precedents. The law is all evolving and the Courts have to interpret every case based on the specific facts of the case and the law of the land.

She deals in all kinds of civil litigation at L&L. She has got experience in the banking side as well. She has dealt with cases under the Insolvency and Bankruptcy Code. She has experience in SARFAESI laws, consumer dispute, labour dispute, insurance disputes, drafting legal contracts and agreements. She has written articles on Three tier Arbitration in India published in Practical Lawyer in April 2015 Edition and on Identity of a Corporate after lifting the Corporate veil, Zeitgeist of Individual's Right to Privacy, Peeping through the Data Protection Framework and on Parcenary: Species and Genus of a Mitakshara Hindu Family. Also authored an article on Amendment in IBC qua MSME's: Ease, Endorse and ensure expansion, all published in Mondaq