NCDRC imposes a fine of Rs. 1 lakh on toll collection firm for charging commuter who had a valid toll pass 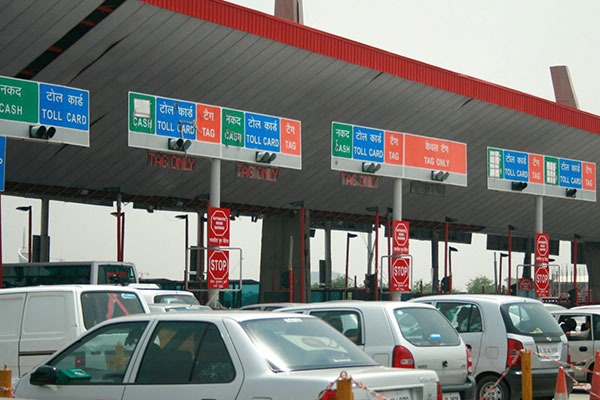 The National Consumer Disputes Redressal Commission (NCDRC) imposed a fine of Rs. 1 lakh on a highway toll collection firm – Kurukshetra Expressway Pvt. Ltd. for having charged a commuter who was carrying a valid toll pass Rs. 40 on Jhajjar-Rohtak road.

The highway toll authorities allowed the commuter to cross the plaza twice during the day using the pass, but was allegedly stopped when he was crossing the plaza for the third time and was made to pay for the trip. The complainant was detained for more than an hour and was also charged the user fee although he had a valid monthly pass, which allowed him multiple passages through the plaza.

The “unfair trade practice”, was condemned by a two-member bench of commission comprising Dinesh Singh and S M Kantikar (both members) who directed the toll collection firm to deposit Rs. 1 lakh with the Consumer Legal Aid account of Jhajjar district forum within four weeks. The bench also upheld the Rs. 25,000 compensation to the commuter which the district and Haryana State Consumer Commission had ordered.

When the complainant took the matter to district consumer forum seeking Rs. 2 lakh compensation the toll company had claimed that the commuter did not show the toll pass “as he might not be having it”. The company had refused to share the footage even on the complainant’s request. The state commission had upheld that the toll plaza operator had illegally charged the fee and had ordered Rs. 25,000 as compensation.

The toll collecting company had challenged it in the state commission and it also upheld the order.

Hearing the case, the NCDRC bench considered two plausible eventualities. First, the computer system was dysfunctional and hence could not accept the pass on the third occasion. But in that case the benefit should go to the commuter. The second plausibility was that on the third occasion the pass produced by Complainant was dishonored and the toll collector charged the user fee.

The NCDRC held that both contingencies showed arbitrariness and high-handedness, wrongful and unlawful enrichment on the part of the highway toll company.