Price fixing lawsuit in US against Sun Pharma, Aurobindo, Lupin

Sun Pharma, Lupin and Aurobindo Pharma are among the pharmaceutical companies named in a fresh suit filed in the US for alleged price fixing. The law suit mentions 26 drug makers for alleged “conspiracy to artificially inflate and manipulate prices, reduce competition, and unreasonably restrain trade for generic drugs sold across the US”. A complaint has been filed in the US District... 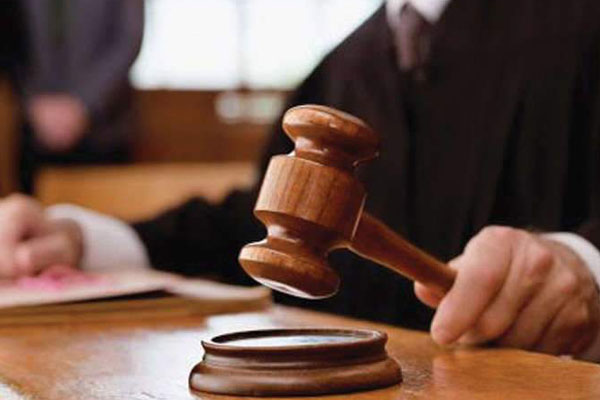 Sun Pharma, Lupin and Aurobindo Pharma are among the pharmaceutical companies named in a fresh suit filed in the US for alleged price fixing. The law suit mentions 26 drug makers for alleged “conspiracy to artificially inflate and manipulate prices, reduce competition, and unreasonably restrain trade for generic drugs sold across the US”. A complaint has been filed in the US District Court for the District of Connecticut, focusing on 80 topical generic drugs that account for billions of dollars of sales in the United States. The complaint names 26 corporate defendants and 10 individual defendants.

New York Attorney General (AG) Letitia James announced on Twitter: “I’m filing a lawsuit with 51 AGs against executives & manufacturers of generic drugs for allegedly engaging in years of price-fixing & market manipulation of over 80 generic drugs. These companies put profits over public health & it’s time for them to be held accountable.”

The civil lawsuit, filed and supported by 51 Attorneys General of US states, lists 80 generic drugs, most of which belong to topical dermatology segment. It also names Taro, a Sun Pharma subsidiary, as one of the three key conspirators, along with Sandoz (which acquired Fougera) and Perrigo, as these firms accounted for nearly two-thirds of generic topical volumes in US between 2007 to 2014.

The key allegation is collusion among competing generic drug makers to unlawfully allocate market share and fix prices of various drugs, in violation of Sherman Act. It also extends the timeline further back to 2009, thus bringing in a longer period and, consequently, higher sales of manufacturers, into question.

According to a report by Credit Suisse, Aurobindo has been added as a defendant as one of the charged executives and one of the cooperating witnesses, who were earlier working with G&W and Fougera, respectively, had taken up employment at Aurobindo and allegedly continued their anti-competitive conduct. For Lupin, only one drug has been charged while for Sun Pharma, three drugs have been listed. Among other Indian players, Glenmark and Wockhardt are included as defendants in the current lawsuit, according to the report.

There are fresh charges against two more Taro executives. In addition to Ara Aprahamian, who is currently engaged in a criminal litigation against US Department of Justice (DoJ) and was also named in an earlier lawsuit, the current filing also presses charges against Mitchell Blashinsky, former Vice President of Marketing for Generics at Taro, and Mike Perfetto, former Chief Commercial Officer at Taro. This is on account of fresh evidence obtained in the current civil lawsuit.

The current lawsuit includes 39 drugs marketed by Taro, which are alleged to have benefited from co-ordinated price increase. It lists multiple drugs, which have been included for the first time, thereby potentially increasing the risk of a higher penalty for Taro, the report said.

Aprahamian was arrested on February 4 and the criminal proceedings are currently going on. It is separate from this civil lawsuit, which in itself is a follow-up to two earlier civil lawsuits concerning generic price fixing in the US. In criminal investigation by DoJ, several generic firms, including Sandoz and Apotex, have already been settled and ex-Sandoz executive, Hector Armando Kellum, had pleaded guilty in February.

“Without taking into account new drugs named in current lawsuit, we estimate that sales exposure of Taro is already more than $1billion. In March 2020, Sandoz entered into a deferred prosecution agreement and announced penalty of $380 million on sales exposure of $500 million,” the report said.

Credit Suisse said its target multiples are based on Sun Pharma’s historical multiple average (past five years), and assigning a higher multiple of 25x to the India business. “We assign a lower multiple of 15x to US (ex-Taro) and other export markets, and also build in risk of penalty from DoJ investigation against Taro (Sun Pharma’s subsidiary)”, it said. The downside risks to target price and neutral rating for Sun Pharmaceuticals Industries Ltd include: Sun Pharma is unable to shift Absorica market to the new lower-dose formulation (Absorica LD) before December, the Department of Justice investigation culminates in a large penalty, and a sharp increase in Sun Pharma’s tax rate.