SC moved for direction to scrap MoUs with Chinese companies 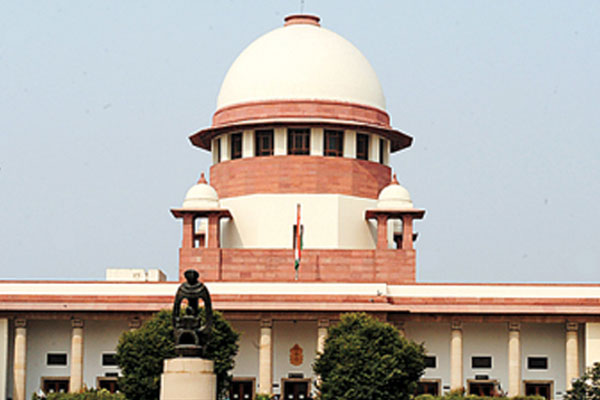 A plea has been moved in the Supreme Court seeking a direction to the Centre to terminate the MoUs signed with the Chinese government and Chinese companies, and also direct the Centre to make public its trade policies with China, against the backdrop of a clash between the two nations’ armies in Ladakh.

The plea, moved by Jammu-based lawyer Supriya Pandita, argued that Indian and Chinese troops have been engaged in the standoff since early May at several points along the Line of Actual Control (LAC), and on June 15, an escalated incident area occurred along the LAC, which left many casualties on both sides.

The petitioner claimed protesters across the country were seen burning Chinese flags and products, while videos on social media showed teenagers destroying their Chinese-made mobile phones.

“In the midst of these protests, as per media reports, Gujarat and Maharashtra have signed MoUs with the China-based business conglomerates. Maharashtra signed a few MoUs with some Chinese companies for setting up industry in the state. In another incident as per media reports, conglomerate Adani Group has signed an MoU with one of China’s largest private companies to invest $300 million in manufacturing units of Indian port,” contended the plea.

Citing the Centre’s decision on June 29 to ban 59 mobile apps of China-based companies on national security issues, the plea said: “While the ban on these mobile apps may be a welcome step but on the other hand, allowing few select business houses or few select state governments to enter into MoUs with Chinese business house or stakeholders from China sends a wrong message to the people of India.”

The petitioner claimed that this preferential treatment to these few select business or few select states to enter into MoUs with Chinese businesses is not only discriminatory, but also against the will and sentiments of Indian people.

“The MoU signed by the Respondent (Union of India) with its counterpart or government of China for trade and business is against the will of Prime Minister, of India’s own policy of Aatma Nirbhar Bharat, and against the will and sentiments of the people of India amidst the escalated tensions at border between the two countries which has led to martyrdom of many soldiers,” said the plea.

A total of 20 Indian soldiers were killed in a violent clash between two armies in Galwan Valley. The Chinese side also suffered casualties during this incident, but they have not come out with details yet.