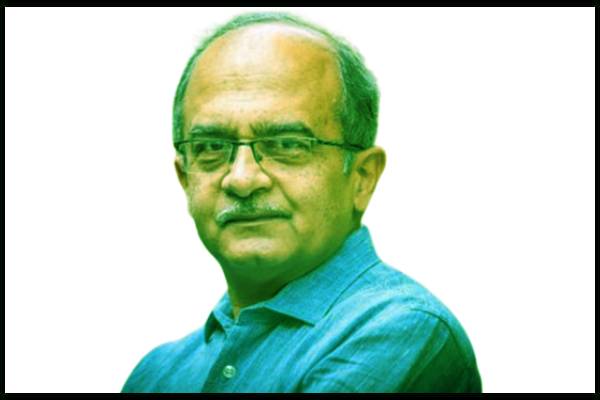 The Supreme Court on August 25 decided to refer the 2009 contempt case against lawyer Prashant Bhushan and journalist Tarun Tejpal of Tehelka to another bench in order to deal with certain larger questions related to freedom of speech for levelling of corruption charges against the judiciary.

The Supreme Court had in November 2009, issued contempt notice to both – Bhushan and Tejpal for having allegedly casting aspersions on some sitting and former Supreme Court Judges in an interview to a news magazine – Tehelka. Tejpal was the editor of the magazine.

Senior Advocate Rajeev Dhavan, appearing for Prashant Bhushan told the bench of Justices Arun Mishra, B R Gavai and Krishna Murari that there were as many as 10 questions of constitutional importance that have been raised by him and they needed to be dealt by a Constitution bench.

The bench said that “These are broader issues which need to be deliberated at length. We can have some amicus and it can be adjudicated by an appropriate bench. The matter is pending for a long time and it be listed before the appropriate bench on September 10,” said the bench in a hearing conducted through video conferencing.

The Court said that ‘it is best left to the appropriate Bench’ which will be set up by the Chief Justice of India.

Dhavan said the questions raised by Bhushan included the issue whether bona fide opinions of corruption also constitute contempt of court and whether it is enough to show bona fide of opinion or it is necessary for the person to prove the allegation of corruption. The questions posed by Bhushan also included whether a complainant is barred from discussing in public domain the contents of his complaint if an in-house inquiry is started, among others.

Bhushan's questions inclued as to “Whether the expression of a bona fide opinion about the extent of corruption in any section of the judiciary would amount to contempt of court”. He also stated that if the answer to the question is in the affirmative, whether the person who expresses such an opinion about the extent of corruption in a section of judiciary is obliged to prove that his opinion is correct or whether it is enough to show that he bona fide held that opinion.

He also gave eight other questions related to freedom of speech and expression and the width and scope of contempt powers.