The Operational Creditors' Perspective on IBC Suspension during Covid-19 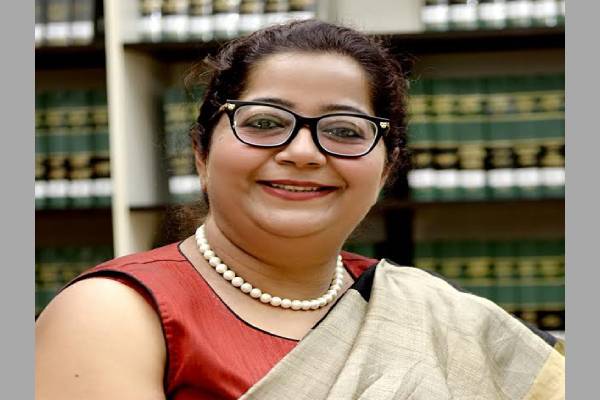 These measures effectively create an enabling environment for the Operational Creditors to rethink and redesign their recovery strategies by even resorting to appropriate legal measures against their debtors in the event of non-payment...

With the notification of Insolvency and Bankruptcy Code (Amendment) Ordinance, 2020 confirming that no applications for initiation of corporate insolvency resolution process of a Corporate Debtor shall be filed for any default arising on or after 25th March 2020 for a period of 6 months (extendable up to 1 year)and that no application shall ever be filed for the said period of 6 months, it is paramount for Operational Creditors to optimally realign their recovery strategies by developing a much-needed insight into the impact of the suspension of IBC. Contrary to the seemingly popular and pre-mature beliefs of such and other related measures – as have been proactively introduced by the Government as well as the Reserve Bank of India in the wake of Covid-19 – defeating the Operational Creditors from realizing their dues – that have been defaulted on or after 25th March 2020 – it is essential to identify the silver-lining that these measures intend to provide – if not actively outright, but certainly a gradually calculated – diversion of cash flow of debtors from servicing the EMIs of Financial Creditors, to the incoming ledger entries of Operational Creditors.

In a nutshell, the much needed Covid-19 Relief Packages and the suspension of IBC have been introduced in a bid to address and phase-out the prevalent illiquidity in the economy; and to demonstrate the same, it is essential to firstly identify how exactly is it that the Operational Creditors would have fared under the IBC had it been allowed to be invoked for debts arising out of the economic mayhem caused by Covid-19.

A major exception to the pari passu principle is that of public interest, which propounds that on grounds of equitable and fair treatment, the claim of an unsecured creditor may be treated on an equal footing with that of secured creditors or given a preference in view of the social and political fabric of the concerned nation, which is peculiarly crucial for any economic legislation, such as the IBC.

Importantly, the measure to suspend IBC needs to be understood in the context of the following key-measures introduced by the Government and the RBI:

To think however that the Cabinet has thrown the baby out with the bathwater when it comes to lending institutions will be erroneous. It is quite clear upon reading Section 10A inserted by the Ordinance that the suspension of IBC is not a blanket one and denotes that defaults that may have occurred prior to 25th March 2020 can still be dragged to the NCLT vide the IBC route. The key here will be to note that many NPA accounts for whom the 180-day resolution period prescribed under the RBI's prudential framework has expired before 1st March 2020 are yet to be taken to the NCLT, and the RBI has vide its notifications dated 17th April 2020 and 23rd May 2020 clearly spelled that: "In respect of all other accounts, the provisions of the Prudential Framework shall be in force without any modifications", thereby effectively leaving the option for lending institutions to initiate IBC proceedings against NPA accounts for which the 180-day resolution period had expired prior to 1st March 2020.

For Operational Creditors, however, it will be necessary to identify how to bifurcate the defaults against which the Operational Creditors may proceed against the Corporate Debtor, and which defaults are now suspended by the Ordinance, especially in cases wherein running accounts are maintained and delay interest is calculated on a running basis. Although, there is no express clarification in this respect, it is implied that IBC may be invoked for insolvency resolution of Corporate Debtors for the running defaults till 24th March 2020, but not for the amount that will be accrued for six months on and from 25th March 2020. This is sacrosanct with the exclusion from the claim amount of any amount that may become due from the date of initiation of the insolvency resolution process in the usual process of submission of claims to the (Interim) Resolution Professional, and as had been noted by the Hon'ble NCLAT vide order dated 14th August 2018 in Export Import Bank of India v. Resolution Professional JEKPL Pvt. Ltd. (Company Appeal (AT) (Insolvency) No. 304 of 2017). Ensuring accurate computation of amounts due and amounts that were defaulted before 25th March 2020 is therefore crucial.

A major concern, however, remains with respect to willful defaults by certain Corporate Debtors post 25th March 2020 despite the said Corporate Debtors not having been impacted by the economic onslaught of Covid-19. In this regard it is essential to note that the option with Operational Creditors to initiate appropriate legal actions against the Corporate Debtor for recovery has however not been suspended; and this has to be conjointly understood with the matter of fact that IBC provides not a recovery option but a resolution process, which is difficult to obtain given the circumstances and the erosion in overall valuation of the Corporate Debtor.

On the other hand, these measures effectively create an enabling environment for the Operational Creditors to rethink and redesign their recovery strategies by even resorting to appropriate legal measures against their debtors in the event of non-payment, be it through invocation of dispute resolution clauses, conciliatory processes, mediation, recovery suits, etc., which can be best determined upon assessing the case-by-case circumstances. Most importantly, the above measures of the Operational Creditors will now not be hit by the blanket moratoriums under Section 14 of the IBC and enable effective recoveries by even out of court settlements through agreeing upon and entering into agreements with their debtors for rescheduling payments of their outstanding recoverable amounts.

With the right recovery strategies, Operational Creditors can seek to strengthen their financial positions during the current crises in the environment that has been enabled by the Government and the RBI.