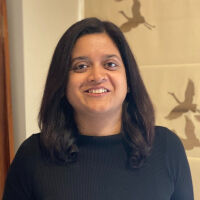 As a part of the leadership team of Apraava(previously known as CLP India) and as the general counsel of the Apraava group, Sudipta is actively involved in advising the company on various legal aspects of setting up greenfield conventional and renewable power projects including transmission assets, and M&A transactions especially in relation to the acquisition of powerprojects. She works closely with the management to establish business terms, identify legal issues and decide what type and level of risk is acceptable.

Sudipta leads a team of young and dynamic lawyers whopossess a perfect blend of in-house and private practice experience. She joined Apraava in 2009 as an assistant legal counsel and since then she has grown with the organization. In 2017, Sudipta was appointed the general counsel for the Apraava group. Prior to this, she has worked with two prestigious law firms – Trilegal and Cyril AmarchandMangaldas (previously known as AmarchandMangaldas Suresh A Shroff & Associates), where she handled various domestic and international financing for infrastructure projects including the financing for power projects and airports.

As a general counsel it is her constant endeavour to become a counsellor in the truest sense of the term – to not only prevent problems before they can materialise, but to offer innovative legal strategies that support the business goals. Sudipta works as a strategic partner to business units and in the last few yearsspearheaded the acquisition of power transmission assets in 2019, which marked Apraava’s entry into the power transmission sector; aided in evaluating the regulatory framework for SECI VIII Project where Apraava emerged as a successful bidder and concluded construction contracts for the project; advised on the acquisition of two solar projects and guided the company through various regulatory changes and were victorious in various litigations.

Sudipta also works with various forums internally as well as externally to promote gender diversity and inclusivity. She is the chairperson of the company’s internal complaints committee set up under the Sexual Harassment of Women at Workplace (Prevention, Prohibition and Redressal) Act, 2013, and a member of the diversity and inclusion council. She is also a director on the board of three subsidiary companies of Apraava. She is also passionate about climate change and sustainability and has recently completed a Leadership Program from World Business Council for Sustainable Development and Yale Business School.

Sudipta has been recognized as one of the “top 100 women lawyers in India” by World IP Forum and was recently awarded the “Star Woman in Law” by Legal Era Magazine. The Apraava Legal Team has also received various awards and accolades under her leadership namely, they were awarded by the Energy and Resources In-House Team of the Year 2020 by Asian League Business India Law Awards. The Team was also recognized as a leading in-house team by the Legal 500 and included in the prestigious GC Powerlist India Teams 2019. The Apraava legal team was also awarded the runner up position for the Best in-house Legal Department (Small) 2019 by IDEX Legal.