The Insolvency and Bankruptcy Code (Amendment) Ordinance, 2020 in its current state, leads to certain anomalies, which, unless clarified by the Adjudicating Authority and/or the Courts, can make the IBC, a fertile territory for misuse by wilful defaulters and promoters...The Insolvency and Bankruptcy Code (Amendment) Ordinance, 2020 ("IBC") was promulgated on June 5, 2020. The stated objective... 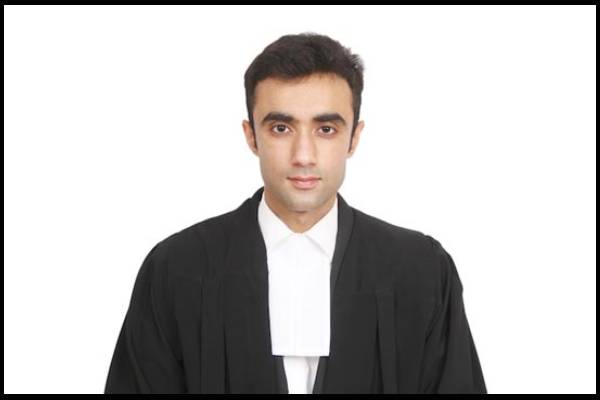 The Insolvency and Bankruptcy Code (Amendment) Ordinance, 2020 in its current state, leads to certain anomalies, which, unless clarified by the Adjudicating Authority and/or the Courts, can make the IBC, a fertile territory for misuse by wilful defaulters and promoters...

The Insolvency and Bankruptcy Code (Amendment) Ordinance, 2020 ("IBC") was promulgated on June 5, 2020. The stated objective of the ordinance purports to protect the stressed companies from insolvency proceedings arising out of defaults committed w.e.f March 25, 2020 for a period of 6 months (extendable upto one year). However, the ordinance in its current state, leads to certain anomalies, which, unless clarified by the Adjudicating Authority and/or the Courts, can make the IBC, a fertile territory for misuse by wilful defaulters and promoters. It may also defeat the purpose for which the amendment has been brought about in the first place.

One of the primary objectives behind the amendment is inadequacy of Resolution Applicants ("RA") to rescue a corporate person. That being the intent, the newly inserted Section 10A of the IBC fails to meet that objective. The amended provision only bars the fresh initiation of Corporate Insolvency Resolution Proceedings ("CIRP") for defaults arising within 6 months (or 1 year, if extended) from March 25, 2020 ("COVID related defaults"). The question arises about the cases instituted just prior to the lockdown where theExpression of Interest has not yet been sent by the prospective RA's or a Resolution Plan has not been submitted by the RA. The reluctance of RA's to invest in a going concern in these unprecedented times is market driven and is unlikely to be affected by the date of default by such entity. This would defeat the over-arching objective of the IBC to maximize asset value and push companies, who may have committed a default just prior to the lockdown towards liquidation.

Default as defined under Section 3(12) of the IBC means the non-payment of a debt when the whole or any part or installment of the amount becomes due and payable. In the event of a secured loan serviced by a financial creditor, the default would arise on the date the debtor's account is declared as a 'non performing asset' (which is unlikely in view of moratorium announcement made on March 27, 2020 by the RBI). However, for unsecured loans, usually given by operational creditors, it can be argued that non-payment of installments prior to the operation of the ordinance continuing into the period of the ordinance and even thereafter constitutes a continuing cause of action. Unless this point is clarified, it could deprive the debtor of the exemption granted under the ordinance. Another aspect which requires clarification is whether the debts accrued during the operation of the ordinance can be added to the debts which accrue after the operation of the ordinance in cases where the contracts are executory in nature and repayment is a recurring obligation.

Section 10A of the IBC bars fresh filing of CIRP applications under Section 7 (by Financial Creditor), Section 9 (by an Operational Creditor) as well as Section 10 (by the Corporate Debtor).

The inclusion of 'Section 10 Applications' within the ambit of the ordinance appears to be unreasonable and constricting. This is likely to hurt companies stuck in debts wanting a viable exit option using the voluntary CIRP mechanism provided under the IBC.

The ordinance, ex-facie, doesn't align itself to the slew of measures announced by the Government for the protection of MSMEs. Whilst the debtor MSMEs can take refuge under the revised threshold limits for initiating CIRP (from Rs. 1 lakh to Rs. 1 crore as per the amended Section 4), the creditor MSMEs (usually operational creditors) may be left in the lurch as they will be barred from taking recourse under the IBC against defaulting parties. This is likely to encourage wilful non-payment/defaults to MSMEs during this period thereby further hurting the MSME sentiment in the country.

Having been guaranteed immunity for COVID related defaults, companies and promoters could use the leeway given under the ordinance and commit intentional/wilful defaults, despite having the capacity to pay. Further, in the absence of a moratorium and without the surveillance of the Resolution Professional, promoters may look to enter into preferential and fraudulent transactions to siphon off assets and divert cash flows.

The recourse under the IBC for COVID related defaults may have been shelved, but the creditors are not barred from instituting other recovery proceedings such as arbitrations, summary/commercial suits and even under the SARFAESI (for secured liabilities). The courts/tribunals, having sufficient injunctive powers to order freezing of accounts/status-quoof the activities of a business does not augur well for the stressed companies who may have defaulted during the COVID period for reasons beyond their control.

Further, it is unclear whether a decree/award obtained by a creditor from a court/tribunal for a COVID related default by a debtor, can be used after operative period of the ordinance for initiating CIRP against such debtor. From a macro level perspective, the ordinance may appear to be a much needed respite for stressed companies but the devil always lies in the details. Suspending the operation of a successful legislation, or a significant part thereof, without covering all corners may end up being counter-productive. Since a judicial challenge to the ordinance seems imminent, one will have to wait for the Courts to provide clarity. The ordinance, as it stands, appears more uncertain than the uncertainty it intends to address vide its promulgation.