'Lay-Off' and 'Retrenchment' In The Time of Covid-19

While private establishments are adopting several cost-reduction measures to stay afloat in times of COVID-19, they must stay aligned to various labor laws and the guidelines/advisories/notifications issued by various government(s) since outbreak of the pandemic...The Coronavirus disease (COVID-19) has taken the entire world by storm, leading to an unprecedented humanitarian and economic... 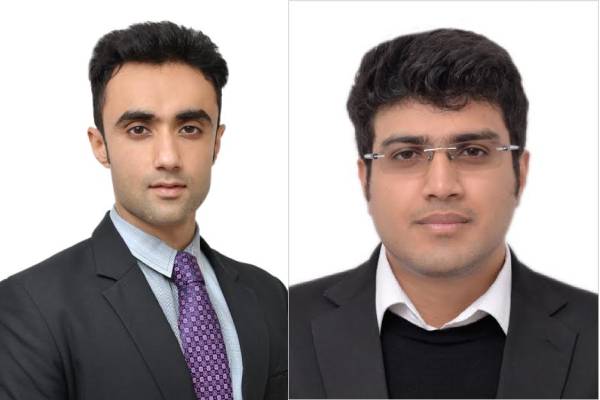 While private establishments are adopting several cost-reduction measures to stay afloat in times of COVID-19, they must stay aligned to various labor laws and the guidelines/advisories/notifications issued by various government(s) since outbreak of the pandemic...

The Coronavirus disease (COVID-19) has taken the entire world by storm, leading to an unprecedented humanitarian and economic crisis. Taking cues from how the virus has spread in other countries, the Government of India ascertained that social distancing is the only way to contain and prevent the transmission/spread of COVID-19 till such time a cure and/or vaccine is invented, and has accordingly initiated multiple nationwide lockdowns till May 17, 2020. Thus, the entire country has been brought to a standstill to prevent any further transmission of COVID-19 in India.

Whilst the unprecedented nationwide lockdown was lauded by several world leaders and countries, the same has left a devastating impact on the Indian economy resulting in huge losses to various companies, startups and businesses who have adopted several cost reduction measures such as terminating, laying-off and/or retrenching large numbers of their employees in order to sustain themselves in the economy, sending the urban unemployment rate soaring to 30.9% in the bargain.

This article intends to familiarize readers with the legal position of retrenchment and lay-off in India from an employer-employee standpoint to prevent unwanted litigation exposure.

The Industrial Disputes Act 1947 ("Act"), is one of the governing statutes for employment termination in India. Section 2(oo) of the Act defines 'retrenchment' as termination of employment by the employer for any reason other than as punishment inflicted by way of disciplinary action. However, retrenchment does not include the following:

In simple words, retrenchment constitutes severance of the employer-employee relationship subject to the aforementioned exceptions.

The Hon'ble Supreme Court in J.K. Iron & Steel Co. Ltd., Kanpur Vs. Iron & Steel Mazdoor Union, Kanpur 1955 (2) SCR 1315, observed that every employer has an inherent right to retrench the un-economic dead-weight of surplus labor, provided the conditions precedent to retrenchment as provided in the Act are complied.

Section 25F of the Act enlists the conditions which are required to be adhered to before retrenching a workman. It states that no workman who has been employed in any industry and has been in continuous service for not less than one year under an employer shall be retrenched unless:

In addition to the aforementioned conditions, Section 25G of the Act states that the employer shall ordinarily retrench the workman who was the last person to be employed in that category, unless for reasons to be recorded the employer retrenches any other workman. The Hon'ble Supreme Court in Workmen of Sudder Workshop of Jorehaut Tea Co. Ltd. Vs. Management of Jorehaut Tea Co. Ltd. (1980) 3 SCC 406 held, that the rule of "last come, first go" envisaged in Section 25-G is not an inflexible rule and variations to it may be justified in extraordinary situations.

Thus, if any employer fails to comply with the conditions prescribed under Section 25F and Section 25G of the Act as envisaged, the same shall amount to unlawful termination of the employee and the employer shall also be liable to compensate the employee as per the provisions of the Act.

Section 2(kkk) of the Act defines 'lay-off' as temporary deprivation of employees, whose names are borne on muster rolls of the establishment, by the employer of their employment on account of shortage of coal, power, raw materials or because of accumulation of stocks or breakdown of machinery or natural calamity or for any reason similar or analogous to these reasons. Thus, every employer who is contemplating laying-off his employees has to be mindful of the following parameters to constitute a lawful lay-off:

The employer always has the discretion to lay-off his employees, provided he complies with the conditions prescribed in the Act. Even the Hon'ble Supreme Court in Tatanagar Foundry Company, Ltd. v. their workmen A.I.R. 1962 S.C. 1533, held that, "when dealing with a lay-off which satisfied the test prescribed by the definition contained in S. 2(kkk), it is not open to the Tribunal to enquire whether the employer could have avoided the lay-off if he had been more diligent, more careful or more far-sighted. That is a matter relating to the management of the undertaking and unless mala fides are alleged or proved, the Industrial Tribunal exceeds its jurisdiction in deciding the dispute whether a lay-off was justified to sit in judgment over the acts of management of the employer and investigate whether a more prudent management could have avoided the situation which led to a lay-off."

An employee who has been laid-off is entitled to be compensated by the employer. Section 25C of the Act states that all employees who have been laid-off shall be compensated by their employers, which shall beequivalent to 50% (fifty percent) of the total of the basic wages and dearness allowance to a workman for all days during which he is so laid-off, except for the intervening weekly holidays on the conditions specified therein. The conditions specified are that:

Saving lives has rightly been the priority for the Government. However, on the economic front, it has attempted to strike a balance between the interest of the employer and the employee. Several relaxations with regard to disclosures under SEBI, GST filings, loan repayment deferments (moratorium) have been announced to aid the employer. However, where employees are concerned, the Government of India, along with the respective state governments, has issued several advisories/guidelines/notifications which call upon the employer to refrain from resorting to measures such as retrenchment and lay-off and to continue making timely payments to employees/workmen. That said, in order to mitigate their losses, many private establishments are adopting several cost reduction measures so as to enable them to sustain in times of COVID-19. However, in their pursuit of remaining afloat, they must stay aligned with the various labor laws of India and also the several guidelines/advisories/notifications issued by the various government(s) since the outbreak of COVID-19. Failure to do so may potentially expose them to litigation risks and directives, including employees' reinstatement orders (with continuous service and back wages) along with potential penalties and/or imprisonment of the employer.