The apex court laid down factors to be considered while classifying a transaction as preferential and whether lenders of a holding company of the corporate debtor would classify as financial creditors...The Supreme Court of India, in a recent judgment1, expounded on two very important facets in India's constantly developing insolvency and bankruptcy jurisprudence. Firstly, it laid down... 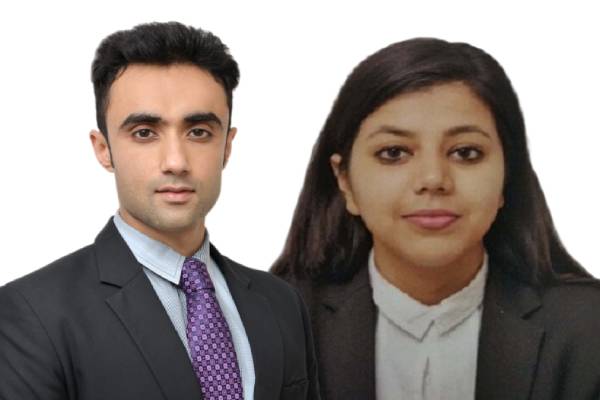 The apex court laid down factors to be considered while classifying a transaction as preferential and whether lenders of a holding company of the corporate debtor would classify as financial creditors...

The Supreme Court of India, in a recent judgment1, expounded on two very important facets in India's constantly developing insolvency and bankruptcy jurisprudence. Firstly, it laid down the factors to be considered while classifying a transaction as a "preferential transaction" so as to fall within the ambit of Section 43 of the Insolvency and Bankruptcy Code, 2016 ("IBC" / "Code"). Secondly, it clarified whether the lenders of a holding company of the Corporate Debtor ("CD") would classify as Financial Creditors, in the event the CD has mortgaged its properties to such creditors for the financial assistance of the holding of the company.

In 2003, Jayprakash Associates Limited ("JAL") was awarded the rights for construction of an expressway and a concession agreement was entered into with the Yamuna Expressway Industrial Development Authority. Jaypee Infratech Limited ("JIL") was set up as a special purpose vehicle for the construction. Finance was obtained from a consortium of banks against partial mortgage of land acquired and pledge of 51% of the shareholding of JAL.

JIL was declared a NPA by Life Insurance Corporation of India on 30.09.2015 and by some of its other lenders on 31.03.2016. Then, IDBI Bank Limited instituted a petition under Section 7 of the IBC before the Adjudicating Authority ("NCLT"), seeking initiation of corporate insolvency resolution process ("CIRP") against JIL, while alleging that JIL had committed a default to the tune of Rs. 526.11 crores in repayment of its dues. On 09.08.2017, NCLT passed an order and appointed an Insolvency Resolution Professional ("IRP"). The IRP moved an application seeking directions that the transactions entered into by the directors and promoters of JIL creating mortgages of 858 acres of immovable property owned by it to secure the debts of JAL are preferential, undervalued, wrongful, and fraudulent; and hence, the security interest created by JIL in favor of the lenders of JAL be discharged and such properties be deemed to be vested in JIL. The NCLT allowed the said application on 16.05.2018 with respect to six of the impugned transactions covering about 758 acres of land. On the appeals filed by lenders of JAL, the Appellate Authority ("NCLAT"), by its impugned order dated 01.08.2019,set aside the order passed by NCLT and held that such lenders of JAL were entitled to exercise their rights under the Code.

(i) Whether the impugned transactions of JIL creating a security interest by mortgaging properties in favor of the lenders of JAL are liable to be avoided as being preferential, undervalued or fraudulent in terms of Sections 43, 44 and 66 of the IBC.

Under the IBC, a transaction is deemed to be preferential if it satisfies the requirements laid down in sub sections (2) and (4) of Section 43 which are as under:

(a) The transaction is of transfer of property or interest thereof of the CD, for the benefit of a creditor or surety or guarantor for an account of an antecedent financial or operational debt;

(b) Such a transfer would put such a creditor or surety or guarantor in a beneficial position than it would have been in the event of distribution of assets as per Section 53 i.e. Liquidation;

(c) The relevant time for classification of such transactions as preferential is that they should have been completed within two years preceding the insolvency commencement date in case of related parties and one year in case of unrelated parties.

However, sub section (3) provided certain exclusion criteria whereby a preferential transaction is not liable to be avoided i.e. if it is done in the ordinary course of business or if the transfer creates a security interest in the property acquired by the CD, thereby adding new value.

The Supreme Court, after analyzing the purport of Section 43, has laid down the following points which are required to be considered before classifying a transaction as preferential:

(i) As to whether such transfer is for the benefit of a creditor or a surety or a guarantor?

(ii) As to whether such transfer is for or on account of an antecedent financial debt or operational debt or other liabilities owed by the corporate debtor?

(iii) As to whether such transfer has the effect of putting such creditor or surety or guarantor in a beneficial position than it would have been in the event of distribution of assets being made in accordance with Section 53?

(v) As to whether such transfer is not an excluded transaction in terms of sub-section (3) of Section 43?

After applying the aforementioned criteria to the facts of the present case, the Supreme Court held that the act of creating a security interest by mortgaging properties in favor of the lenders of JAL satisfies all ingredients i.e. the impugned transactions had been of transfers for the benefit of JAL, which is a related party of the corporate debtor JIL and is its creditor and surety by virtue of antecedent operational debts as also other facilities extended by it; and the impugned transactions have the effect of putting JAL in a beneficial position than it would have been in the event of distribution of assets being made in accordance with Section 53 of the Code. Thus, the corporate debtor JIL has given a preference in the manner laid down in sub-section (2) of Section 43 of the Code.

(ii)Whether lenders of a holding company of a Corporate Debtor can be classified as Financial Creditors as per Section 5(7) of the IBC.

After considering the rival contentions of the parties, the main lis before the Apex Court, was to ascertain whether the transaction(s) of creating a mortgage in favor of the lenders of a holding company of a CD could be classified as a financial debt within the meaning Section 5(8) of the IBC.

While answering the abovementioned issue, the Court took recourse to its judgment passed in Swiss Ribbons2 wherein the pivotal position given to a financial creditor and the role it plays in the insolvency resolution process viz. a viz. other creditors has been enumerated in detail.

That after a conjoint reading of the relevant provisions of the IBC and the observations made in the Swiss Ribbons case, the Court held that a person having only security interest over the assets of corporate debtor may fall within the description of 'secured creditor' under Section 3(30) by virtue of the collateral security extended by the corporate debtor but would nevertheless stand outside the ambit of a 'financial creditor' as per the definitions contained in subsections (7) and (8) of Section 5 of the IBC. That the mortgage created in the present case, being neither towards any loan, facility or advance directly availed by JIL nor towards protecting any facility or security of JIL, it cannot be said that the JIL owes the lenders of JAL any 'financial debt' within the meaning of Section 5(8) of the Code; and hence, such lenders of JAL do not fall in the category of the 'financial creditors' of the corporate debtor JIL.